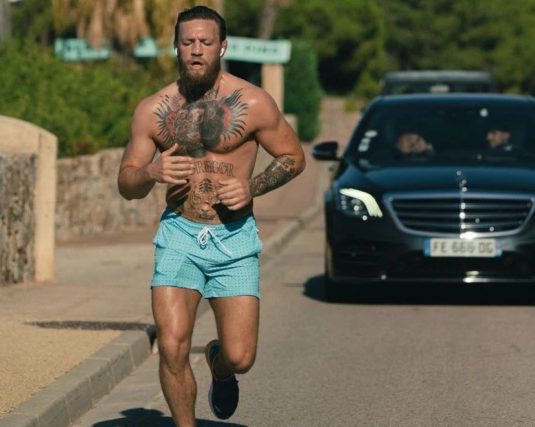 Colourful Irishman Conor McGregor, who was due to lead one of the two teams competing in the Calvi to Monaco charity water bike event, was taken into custody late on Thursday in Corsica after allegations of attempted sexual assault and indecent exposure, according to numerous reports.

The two teams left for the 180-kilometre challenge as planned on Saturday without McGregor (32), who has vigorously denied any accusation of bad behaviour. He was released from police custody on Saturday morning, without a charge being made. His team name is ‘notorious.’

The remaining participants are due to arrive at the Monaco Yacht Club at around midday on Sunday. The event is being held to draw attention to the Princess Charlene Foundation’s work to raise awareness of water safety and to provide swimming lessons for children.

McGregor is reported to be the highest paid fighter in the Ultimate Fighting Championship, a sport that allows kicking and the use of knees and elbows as well as fists. He has had a colourful career both inside and outside the ring, with a long record of assaults and arrests. Last year he was arrested in Milan after allegedly stamping on a fan’s mobile phone.