World watches in fascination as US coronavirus saga plays out 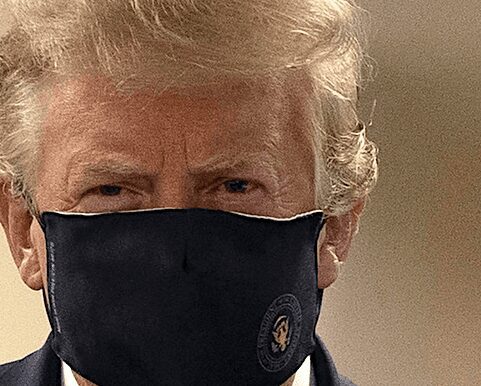 Remember last year when every week the market rose on news of ‘progress in US-China trade talks’? This year the market has shrugged off the fact that talks have completely stalled, China is not fulfilling its side of the Phase 1 deal (according to Forbes), the US has just ordered China to close its Houston consulate with Bejing vowing to retaliate and Donald Trump on Wednesday once again referred to “the Invisible China Virus” as he attempts to deflect the blame for the death of 140,000 Americans from his own leadership. Relations with China are deteriorating rapidly and tariffs are still in place, acting like a tax on US imports, but today the impact is largely being ignored by stock market investors.

Instead of trade war progress, 2020’s weekly injection of adrenaline has come from regular announcements of ‘progress in developing a vaccine’, with the added bonus that many companies are attempting to be the first to come up with a cure and each time one of them puts out a positive statement the market goes higher. This might be understandable if the market actually reflected the damage done to the economy by the virus but the S&P500 sits around 3% below its all-time high, suggesting the normality-restoring effects of a vaccine are already priced in. Realistically, it is going to be a long time before we can all behave as we did before and, even then, there is a question mark about how much use a vaccine will be if a significant proportion of the American population refuse to take it – as many as 23% say they won’t, according to the Boston Globe.

The v-shaped economic recovery we have been promised is seriously in doubt, especially in the world’s largest economy. Data suggests that employers have substantially slowed their re-hiring plans, even as more than 20 million Americans remain on unemployment benefits. The US attitude to social distancing and protection has been a disaster that is having a major impact on the country’s ability to reopen and it is getting worse. Trump’s u- turn on masks this week suggests that someone has pointed out to him that his resistance is going to lose him the election, and maybe it will signal a turning point in the administration’s fight against scientific and medical evidence, but if Americans continue to prioritise their ‘freedom’ over their safety then the US foundation for a sustainable economic recovery looks extremely tenuous.

If we see more data confirming that the economic recovery is stalling at an early stage then we could see a wobble in investor confidence and it might even be enough to send the market lower (anything is possible). Q2 reporting season is upon us and the traditional game of companies ‘beating’ forecasts is still helping to generate positive news headlines, but it is not as though the future has become much clearer since last quarter. If indeed ‘the worst is yet to come,’ as Trump warned this week, that could also apply to corporate earnings.

But none of that may matter. Think back to 2018 when the Fed was raising rates as the economy was heating up and towards the end of the year every asset class plunged. Whereas in 2019 the economy slowed sharply and the market had a huge rally. This year has seen the sharpest shock to the economy in history and the market is heading back to all-time highs (or past them in the case of the NASDAQ). The only question is, does the market care about the economy or does it simply care about stimulus? On the evidence of the past few years, the worse the economy does, the better it is for the stock market. If the virus really spirals out of control in America it might mean that investors can expect to see significantly higher share prices this year, as crazy as that might sound.