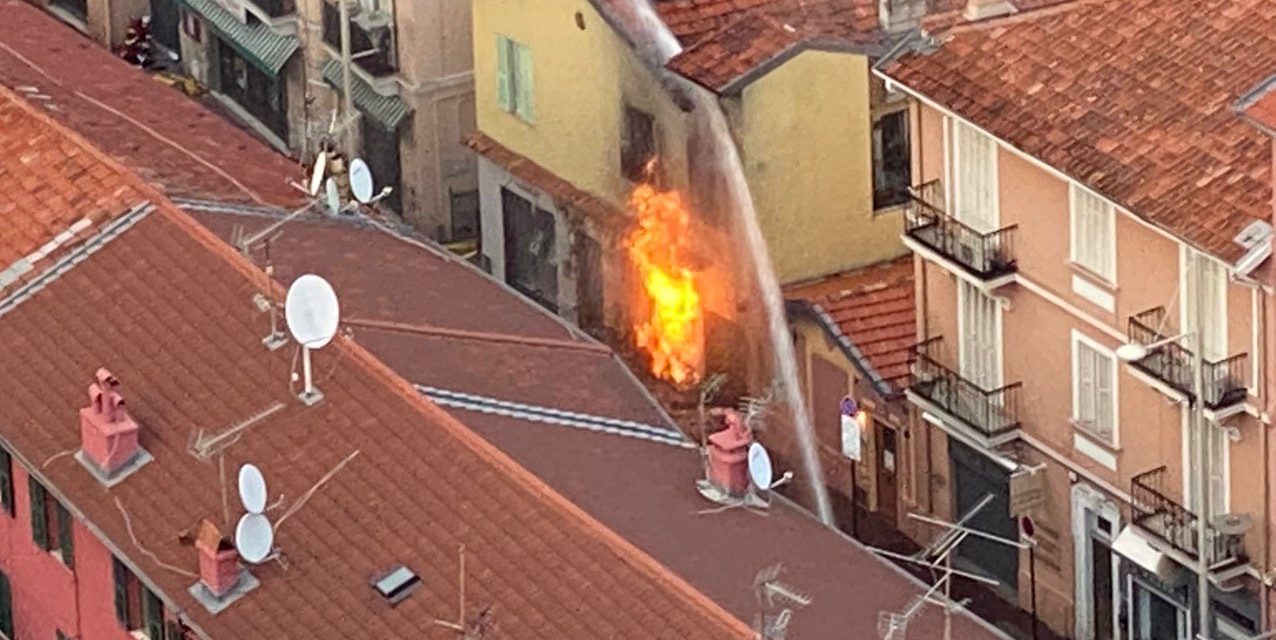 UPDATED Saturday, July 25 23:07: A major fire broke out on the evening of July 25 in a building in Roquebrune, just a few hundred metres from the border with Monaco at Saint Roman. The flames appear to have been the result of a car hitting a gas meter, followed by an explosive gas leak. Watch the blaze below:

The Monaco fire service was soon on the scene with 20 firefighters. A stretcher is visible in one photograph. One woman was transported to princess Grace Hospital suffering from shock and no other injuries were reported.

The offices of an estate agency and three apartments were damaged in the blaze. The fire was extinguished after one and a half hours at shortly before 21:30, but the road – the RD 6908 – is unlikely to be reopened for some time.