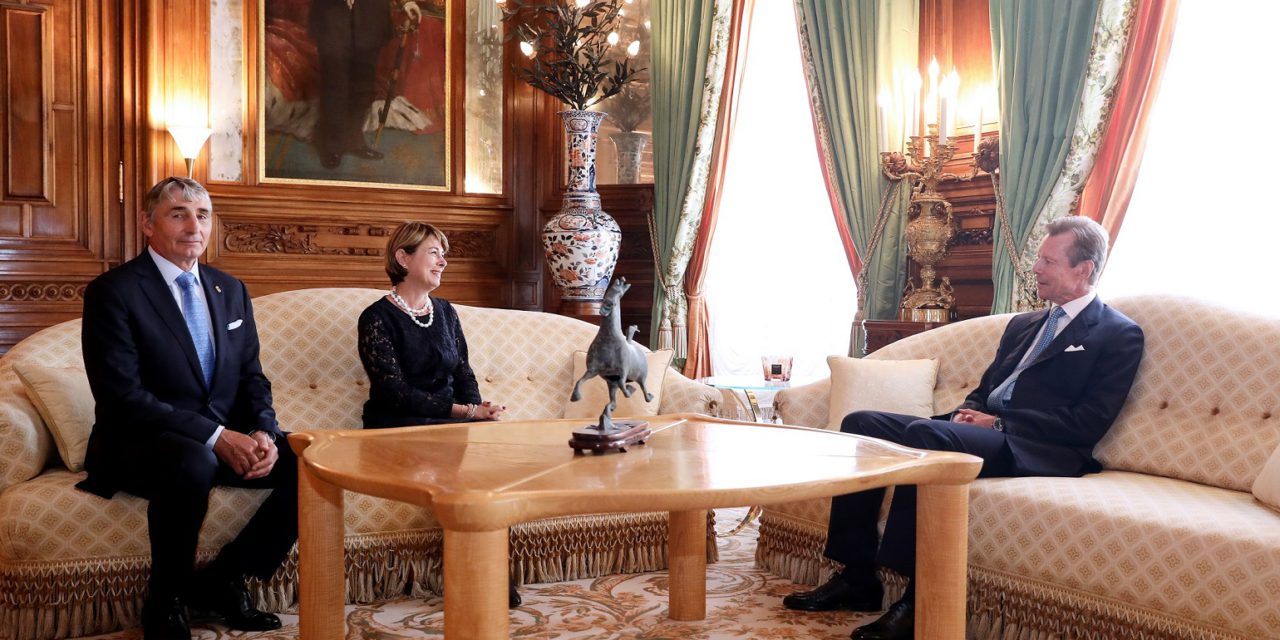 HE Mrs Isabelle Berro-Amadeï, accompanied by her husband Bernard Amadeï, last week presented His Royal Highness the Grand Duke with her credentials accrediting her as Ambassador Extraordinary and Plenipotentiary to Luxembourg.

The official ceremony took place at the Palais Grand-Ducal and was followed by a private interview during which His Royal Highness the Grand Duke underlined the excellent relations between the Grand Duchy and the Principality of Monaco.

A number of subjects were raised during the conversation, including the consequences of the health crisis for the two countries, Monaco’s negotiations with the European Union, environmental protection and national measures implemented to contribute to the fight against climate change.

The Ambassador thanked His Royal Highness the Grand Duke and His government for the assistance given to the Principality during the delivery of masks during confinement. She also spoke of the project which should make it possible to safeguard sensitive data from the Principality against the risks of cyber attack or natural disaster within a data centre located in Luxembourg.

Ambassador Berro-Amadeï assured His Royal Highness of his commitment to continue and deepen the ties that have united the two countries for many years.

PHOTO: HE Mrs Isabelle Berro-Amadeï, and her husband Bernard Amadeï, with His Royal Highness the Grand Duke of Luxembourg © DR