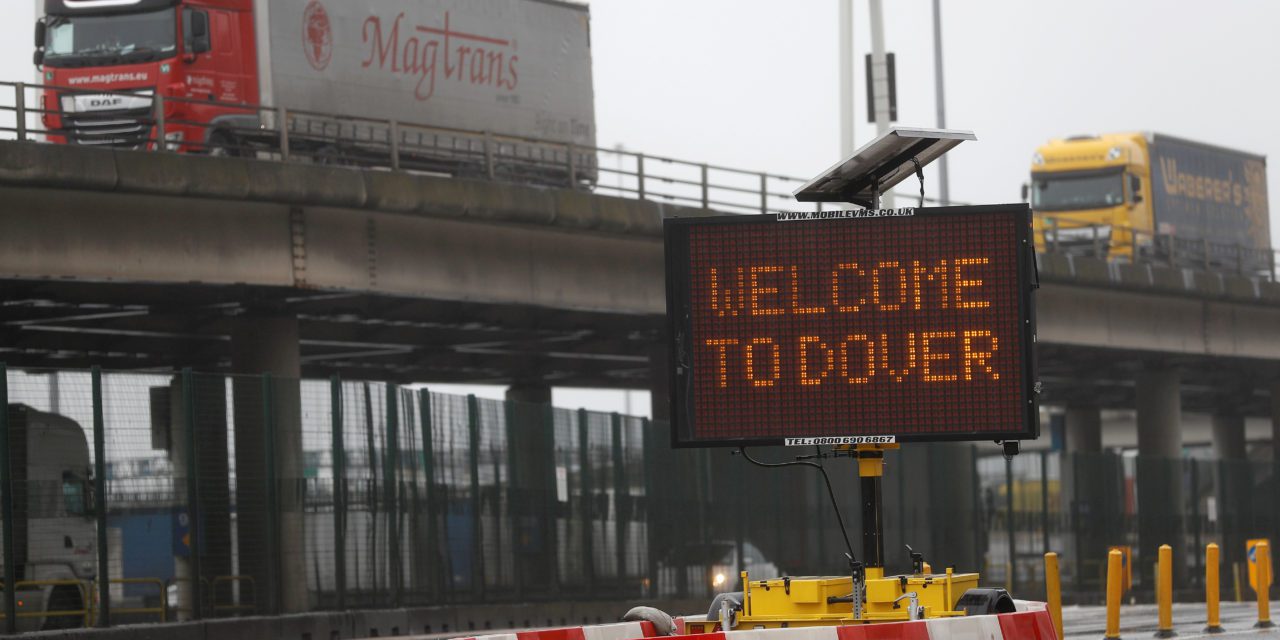 By Elizabeth Piper and Kate Holton

LONDON (Reuters) – Britain will introduce border checks with the European Union in stages from Jan. 1, reversing an original plan so it can now give companies struggling with the coronavirus crisis more time to fill out forms and pay tariffs.

The government said for the first six months of 2021 the new requirements would be introduced in stages, recognising the impact of COVID-19 as companies prepare for new customs systems with Britain’s biggest trading partner.

This is a U-turn from February when Britain said it planned to introduce import controls on EU goods at the border once a status-quo transition period with the EU ends on Dec. 31.

Companies have long called on the government to give them more clarity about what new border checks will be in force, with critics saying Britain was not ready to operate its own customs system, lacking both the personnel and infrastructure.

But the government said it would not extend the transition period that began when Britain left the bloc in January. Cabinet Office minister Michael Gove, speaking before his department announced the new measures, said London had informed the EU of this on Friday.

“The moment for extension has now passed,” he added, after the leaders of Scotland and Wales appealed for a delay to avoid an “extraordinarily reckless” move.

With the EU repeating that time is running out to secure a deal on a future relationship, some officials hope a video meeting between Prime Minister Boris Johnson and European Commission President Ursula von der Leyen on Monday could help break an impasse in the talks.

Britain has stepped up preparations for leaving the EU’s customs union and single market at the end of the year, reinforcing teams working on Brexit after some officials were diverted to tackling the coronavirus outbreak.

But some trade experts say the government has yet to employ the number of officials needed or build the necessary infrastructure to allow the new border to operate.

Britain said on Friday that from Jan. 1, traders importing standard goods would need to keep sufficient records but would have up to six months to complete customs declarations.

While tariffs will need to be paid on imports, payments can be deferred until the customs declaration has been made. Further steps will be introduced in April for those importing animal and plant goods, while a full border controls system will be in force by July.

Sam Lowe, senior research fellow at the Centre for European Reform, said Britain could face chaos if it did not get it right. “COVID-19 has also made things worse … and government just hasn’t had the time to fully prepare itself for a full fat border,” he said.