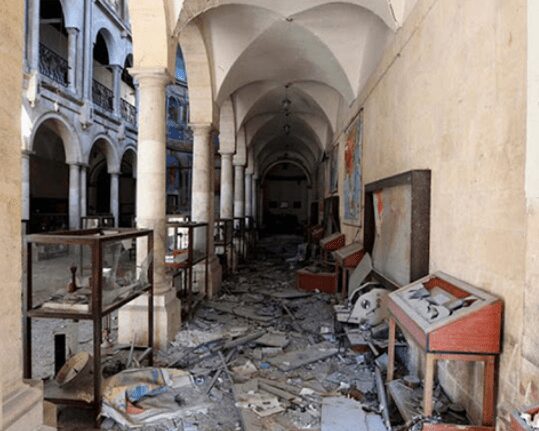 Monaco has come to the rescue of two world heritage sites, with the signing of a partnership agreement with the ALIPH Foundation.

Laurent Anselmi, Minister for External Relations and Cooperation, and Valéry Freland, Executive Director of the ALIPH Foundation, represented Monaco on one hand, and the International Alliance for the heritage protection in conflict zones, better known as the ALIPH Foundation, on the other.

Founded in Geneva in March 2017 following the Abu Dhabi International Conference on Heritage in Danger, the ALIPH Foundation’s mission is to protect sites, museums, monuments and collections in conflict and post-conflict areas. To this end, it finances prevention measures, emergency interventions and concrete rehabilitation projects, all over the world.

The ALIPH Foundation is today the only global fund exclusively dedicated to this objective and has recognised expertise in the protection of heritage in danger.

The latest cooperation with the ALIPH Foundation is in line with the actions already supported by Monaco to safeguard cultural heritage in danger, in particular within the framework of UNESCO and ICCROM.

Monaco’s financial contribution will be used for the rehabilitation of the Raqqa museum, in the northeast of Syria, and the renovation of the Saint-Antoine church in Deddé in Lebanon and the conservation of its ancient murals.