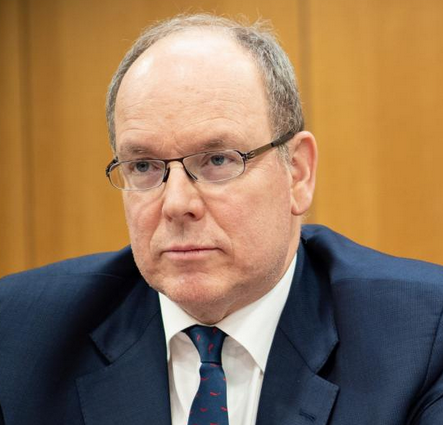 HSH Prince Albert has recounted to the prestigious French Daily Le Figaro how much he misses the Monaco Grand Prix, which would have been held on Sunday, May 24, had it not been for the coronavirus crisis. He also pointed out that the Principality has ben spared a much worse outcome.

“The Princess Grace hospital registered four deaths; a Monegasque resident and three inhabitants of the neighbouring municipalities, because our hospital centre serves a population base which goes far beyond our borders. 90 patients have been cured to date, including myself,” he said.

The Prince added that while confined in the Palace he was able to catch up on work
And spend a little more time with his children.

As the loosening of lockdown gathers pace, the Sovereign said that the reopening of bars, cafes and restaurants in Monaco will be in alignment with France, and this will help avoid an invasion of clients across the border when the time comes. He said that social distancing is being well-respected, but he would like to see more people wearing masks.

Prince Albert underlined the significance of the Grand Prix, which has been held continuously since 1954.

“This impacts the Principality very significantly from an economic and social point of view. One of our showcases is the Grand Prix. It has long been the flagship event of the year in the Principality, it goes beyond the simple framework of motor racing. I don’t really like the word, but it has become a social gathering. All companies and companies linked directly or indirectly to the world of motorsport invite their customers here. A whole series of activities around this event has been impacted.

“It’s a huge loss for us as are the cancellations of the Monte-Carlo Masters, jumping, major swimming and athletics meetings, even if it was postponed until August. We also experience congresses and meetings, from (specific) events to events in the broad sense. These are obviously significant losses for us.”

The forecast loss of revenue is between 170 and 180 million euros with a record deficit which will be around 500 million euros and this represents a third of the Principality’s overall budget, the Prince added.

The Sovereign also pointed out the logistical impossibility of postponing the Grand Prix until later in the year. It takes 45 days to set up the circuit and 25 to dismantle it, he said.

“Above all, there is this unique charm and this indescribable atmosphere that I will miss this weekend, as well as for all Monegasques. I lived my first Grands Prix at the edge of the circuit, a kid in the 60s. It was the time of Jackie Stewart … From Lauda to Hamilton and Leclerc via the Prost-Senna duel and the domination of Schumacher, each period had its champions, its emotions and its particular charm.”

Prince Albert took the opportunity of the interview to praise Charles Leclerc, the young Monegasque F1 driver: “Charles is a wonderful young man, I have a lot of friendship and affection for him. He has extraordinary driving qualities and equally extraordinary human qualities. He never said no when getting involved with different charities and giving of his time. During this difficult period, he helped the Red Cross to distribute parcels and participated in the work of my wife’s foundation. That didn’t stop him from competing and winning a virtual Grand Prix. I hope he will win the Monaco one on a future Sunday. He has a relevant, objective and lucid analysis at each end of the race, whether he did a good result or whether he performed less well. It’s the mark of great champions. He remains modest.

“Charles is a formidable ambassador for the Principality.”