In a statement released on Tuesday afternoon, HSH Prince Albert strongly criticised the elected National Council for its ongoing criticism of the Government.

“The Sovereign Prince has taken note, since the beginning of the coronavirus health crisis, of the multiple messages diffused by the National Council, in particular through social media, on its appreciation of the management of this pandemic by his government,” the press release started by saying.

“The Sovereign regrets that the national unity advocated by the assembly finds no echo in the content of its messages which favour permanent criticism and the appropriation of measures decided and implemented by the State.”

Such an attitude only leads to confusion and doubt about government actions, the Prince added.

“My government is managing this crisis effectively.”

In a message broadcast to the Monaco population 12 days ago, the Prince had told the National Council to “behave responsibly.” However, there has been a string of criticism from the body over the last few weeks.

Last week, Prince Albert agreed to the setting-up of a monitoring committee consisting of members of the government and representatives of the National Council to ease the flow of information to the elected body.

“My Government and the state services are managing this health crisis effectively, anticipating the daily development of the situation with only one concern, that of preserving the health of the population. The Government works every day to find and order medical supplies. A large order for serological tests has already been placed and deliveries of masks have already started.”

The press release finishes with the Prince inviting the National Councillors “to demonstrate real solidarity with the government by measuring their remarks and avoiding any inappropriate escalation. The gravity of the situation requires restraint and cohesion, in which political ambitions have no place.”

Prince Albert has largely recovered from his infection with the coronavirus, as has the heir to the British throne, Prince Charles. 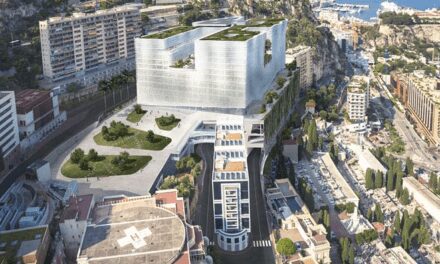