COMMENT: The insect in Number 10 – from a correspondent in China 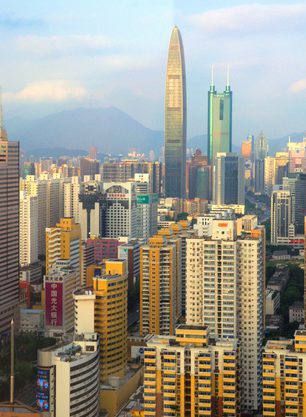 I’ve never especially aspired to life as an insect, but, oh, to have been a fly on the wall during the discussions between the UK’s Prime Minister Johnson and the Medics. What on Earth happened to result in the chaos and carnage that now follows?

These Medics are not stupid people. They are smart enough to understand that ‘herd immunity’ is a real phenomenon. In the long term, it is good. Once many people are immune they can no longer pass on an infection. They remain part of the social network, but they are of no use to the virus. Thanks to smart people and their smart maths, predictions can be made that are much, much better than guesswork.

But there is a problem. In order for sufficient members of the population, the herd, to become infected and then immune, many people must die. This might be less, maybe much less, than one percent of the population, unless health services are overwhelmed by numbers. Whatever, it comes with added Darwinian natural selection, which incorporates an element of randomness for those who are simply in the wrong place at the wrong time.

Those who judge harshly on such matters might imagine a little lamp brightening under Johnson’s blond locks. Hmmmm … fewer old people, fewer people with ‘underlying health conditions’. Just think of the longer-term savings to the NHS. After a few years there can be tax cuts. And dead people can’t vote. That helps, too.

So let’s imagine that people matter. Of course, it’s important to protect the economy. If that crashes then people are going to find life much, much harder, and many will die sooner than otherwise. Let’s also imagine what can be done to protect people from the immediate threat, supposing that that is a legitimate role of government. Certainly, only a central body with accepted authority can do it.

We should go back to the insect in Number 10. The one on the wall. Did Johnson bully the experts into an emphasis on herd immunity, in order to avoid the alternative action – immediate extreme social distancing? Did the experts dismiss this as ineffective? Did they say that it would be impossible to reduce interpersonal links enough to disrupt the global social network? Did they claim that even if the virus could be driven to extinction locally, that it would be impossible to prevent it riding right back in, carried by the respiratory systems of travellers?

Disrupting viral highways, person to person, is key. If every infected person passes the bug to less than one other, then the epidemic fades away. The smaller the fraction, the faster the fade. So you don’t have to be so very smart to understand that reducing links between the infected and the uninfected is very important. Herd immunity does that, eventually, and so does social distancing, quickly.

But were the experts correct, if this was their thinking, in supposing that immediate social distancing was simply not effective enough?

Now, the British have a reputation for politeness, and for arrogance. For this latter they, we, can be matched by the Chinese, who cite 5,000 years of continuous civilisation and regard 500 years of Western domination as: a. based on Chinese technologies (printing, paper, gunpowder, compasses), and b. a temporary blip. So was it British arrogance that led the experts to ignore what was happening in China?

British media resorted to very loaded language when commenting on events in China during January and February. Of course, they said, or implied, only under a cruel and repressive regime was lockdown possible. China is different, for sure. It’s the world’s biggest cultural island, separated by deserts, tundra, ocean, mountains. It’s politically distinct, sure. It has achieved growth rates that Western countries can only envy, it has, according to World Bank data, slashed poverty, and is creating the world’s most advanced infrastructure. The Western conclusion that China’s information management is a symptom of evil is misguided.

But still the attitude persists that we have nothing to learn from. The consequence is that far, FAR, more people are dying than could or should be the case. Most importantly, a comparison of Hubei with the rest of China (and it’s important not to forget that Chinese provinces are comparable in size to European countries), would reveal a stunning contrast, between a pace of infection that overwhelmed health services in Hubei, and rapid fade-away everywhere else due to social distancing.

China’s lockdown worked. Past tense. I know. I have been in China throughout, ignoring the foolish advice from my own government to return home. Everyday life is almost back to normal now, and internal transmission of COVID-19 infection has faded almost to zero. The threat now is from incoming travellers, and China’s borders are defended not just by temperature checks but by a high level of testing and quarantine. The mass exodus of Chinese students from the UK, with their terrified parents observing British inaction and paying super-high prices for air fares, is an interesting side-phenomenon itself, as is the damage to the reputation of the UK.

Now, one by one, other countries have moved into social distancing programs. Even the most arrogant.

Social distancing … oh, so late … is now in place in the UK. Is it too late to prevent Hubei-Italy levels of swamping of health services? And Italian levels of fatalities? We will know very soon. In the UK, the spread of infection is accelerating, and Johnson now seems to be saying that the NHS might become overwhelmed, a situation for which he must take whole responsibility.

I suspect that the outcome would have been better if that fly had come down off the wall and chaired the Downing Street discussions.

PHOTO: The model city of Shenzhen, where people are back at work