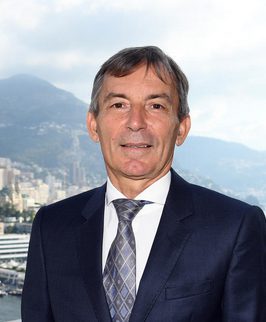 On Tuesday evening, Didier Gamerdinger, Minister of Social Affairs and Health, confirmed four new positive cases of coronavirus in the Principality since Sunday evening, bringing the total to 27 confirmed cases.

“Ten of them are hospitalised, the others are being treated at home but not all are Monegasque residents,” said the Minister, taking into account that the CHPG takes care of people from neighbouring municipalities. “The health situation remains manageable given this development. We are not yet seeing a very rapid increase in the epidemic.”

Regarding the use of chloroquine, Mr Gamerdinger said that the CHPG is using this substance under very close medical supervision while being attentive to its undesirable side effects.

“The Minister of State has taken a decision to preserve stocks in the Principality and prevent dangerous self-medication. It allows their pre-emption from wholesalers and distributors and the prohibition of their dispensation by community pharmacies. On the other hand, for patients already on chloroquine treatment, they will be able to obtain it from a single pharmacy in the Principality.

“Because this treatment presents risks of improper use and overdose causing cardiac and renal problems, it will only be delivered or used after close control and under medical supervision.”

In the meantime, hydro-alcoholic gel has been delivered in bulk to health professionals, while a large consignment of masks is expected in the next few days.