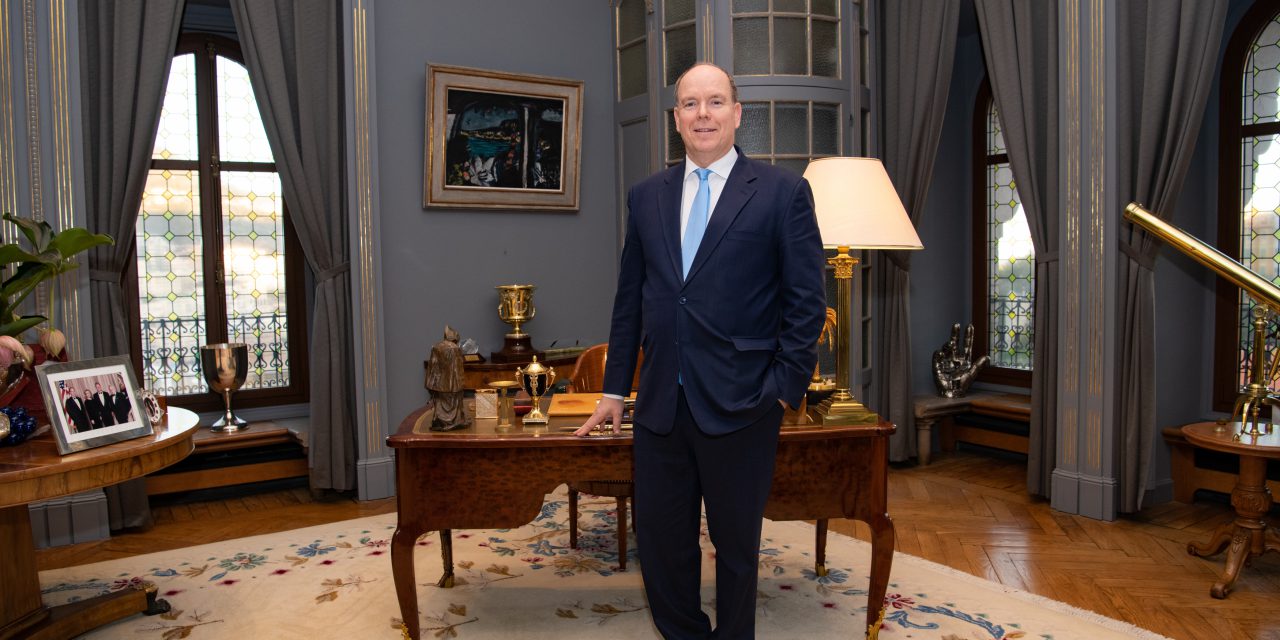 Spear’s magazine, which describes itself as the wealth, business, lifestyle and culture magazine for HNWs, has published a wide ranging interview with HSH Prince Albert, hailing him for his vision, and describing it as a landmark moment in Spear’s history.

“In his comments about tackling climate change and the need to move money out of carbon investments, Prince Albert of Monaco is offering world leadership well beyond the tiny borders of the principality. The world’s wealthy, businesses and Donald Trump should listen,” said Spear’s editor Alex Marsh.

Unsurprisingly, the climate crisis is the first topic addressed. “The biggest concern, and a lot of things stem from this and are a consequence of it… it’s the degradation of our environment and the issue of climate change. Unfortunately there are a lot who don’t see that as the main threat, but unfortunately it is. So we have to make every effort that we can to – we’re going to feel the effects of climate change for years and decades to come.

“Let’s try to pool all our talents, and all our competences, and all our efforts to try to mitigate the effects of climate change, and to try to bring our economies to the solutions that will enable us to address this threat. It’s not only the degradation of different ecosystems that will not render their services and make life pretty difficult for us to feed ourselves. Also there are consequences for medicine, and the health risks linked to not only atmospheric pollution but diseases that come from different illnesses that are carried by different insects to higher latitudes. That’s a tremendous health threat.

“The cost of inaction is far greater than of adaptation and mitigation. I know a lot of people try to dispute this argument, but it is the most pressing and most urgent and most formidable threat that we’ve ever had to face collectively.”

The Prince also called for the rich to immediately take their money out of carbon.

“What we’ve been trying to do in the last ten years or more is to adhere to all the new rules and regulations that come out of different agencies and certainly in Europe. I don’t think you’ll find the name of Monaco on any black or any grey list of any institution around the world. I think you’ll find we are we fully compliant now in terms of transparency and the fight against money laundering and other fiscal frauds.

“I think it’s unjust that we still carry that reputation nowadays, when we have made a very strong effort to bring all the bank and investment institutions along with us and to be compliant and to have new modus operandi for everything that we do,” Prince Albert said.