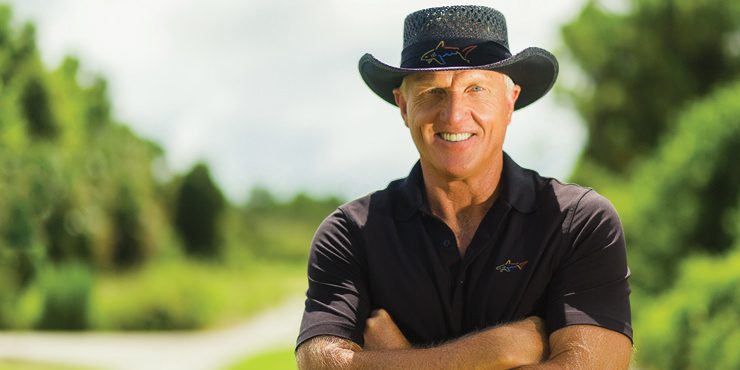 Australian golfer Greg Norman will receive the 2020 Lifetime Achievement Award at the third edition of the Monaco US Celebrity Golf Cup Presented by HSH Prince Albert II during June 24-27, 2020.

“I am thrilled to honour Greg Norman and present him with this truly deserved distinction. His outstanding sporting achievements and charisma places him amongst the best players in the history of golf.” – H.S.H. Prince Albert II

Prince Albert will honour Greg Norman with the award at the closing Gala on June 27. Norman was Number 1 on the Official World Golf Rankings for more than six years.
“I am deeply grateful to H.S.H. Prince Albert II and honoured to have been selected to receive this tribute,” said Greg Norman. “Having spent more than 40 years playing professional golf around the world, receiving a Lifetime Achievement Award is certainly something that stands out to me and I will cherish it as part of my legacy.” – Greg Norman

Monaco US Celebrity Golf Cup Chairman Susan Feaster, says, “In only its third edition, the biennial charity event has the distinction of being a highly coveted invitation extended to selected celebrity pro athletes, chefs, actors, musicians and guests with single digit handicaps who are known for their integrity, good sportsmanship and competitive team spirit.”

“I am very pleased that Greg Norman should receive this well-deserved Lifetime Achievement Award from HSH Prince Albert II, and that he is being rewarded for his impressive career as a professional golfer; who even before being the best player in the world won the French Open in 1980.” Pascal Grizot, Chairman of 2018 Ryder Cup France and 2018 Lifetime Achievement Award winner.

In the spirit of the Ryder Cup, participation in the Monaco US Celebrity Golf Cup is divided between European and American celebrity amateur golfers.

The three-day invitation-only match play event is in support of the Ryder Cup European Development Trust and also benefits the Prince Albert II Foundation as well as the charities of the winning Celebrity Team.

In addition to the tournament, players will be invited to a private dinner and Opera at the famous Monte Carlo Casino, a cocktail onboard a private yacht in Monaco, a “Golf n Cuisine” dinner with Michelin Star Chefs Thomas Keller and Marcel Ravin, a “Golf n Drive” race car ride along the Monte Carlo Grand Prix racetrack and a “Golf n Fly” trip from Monaco to Terre Blanche golf course. The 4-day event concludes with a Gala dinner and special Longest Drive Competition driving biodegradable “fish” golf balls into the Mediterranean Sea.

With Prince Albert II as its Honorary Captain, Team USA is looking to defending its 2016 and 2018 titles. Pascal Grizot as the Honorary Captain Team Europe hopes to capture the trophy for the first time with the strongest team ever.