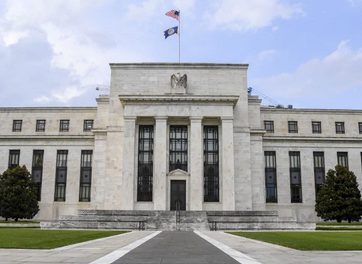 In 2008 when stock markets plunged and economic growth slowed significantly, the world’s central banks injected trillions of dollars into financial markets, Richard McCreery writes. Roll forward a decade to 2020 and the same thing has happened again, as the Fed is pumping billions into the repo market on a weekly basis and central banks around the world have cut interest rates.

One major difference between 2008 and 2020 is where prices are for financial assets, in particular stocks and bonds, having gone from extreme lows to extreme highs. For central banks to use the same ‘emergency’ measures today when asset prices are high and expensive, as they did when they were low and cheap, is new territory for investors.

The financial world has become reliant on central bank largesse, effectively government-sponsored management of free markets, they believe that there is always a safety net that will stop markets from crashing. The ‘Fed put’, as it is known, means that good news is good news and bad news is also good news, as is illustrated by the stock market rally in the US and Europe during the trade war and the coronavirus outbreak.

Investors are now convinced that any potential wave of selling will be met with a massive injection of financial liquidity (digitally- printed money) into the market that will stop it from falling. In other words, there is a widely-held belief that there is no longer any downside risk.

Today, stock markets look quite similar to former peaks but the ability to drop interest rates is substantially reduced. Investors should ask the question: how can central banks stop markets from crashing today when they couldn’t do it in the past, even though they had more room to act?