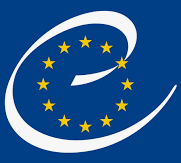 In a report published on Monday, February 17, on the prevention of corruption of parliamentarians, judges and prosecutors in Monaco, GRECO, the Council of Europe’s anti-corruption body, regrets the low level of implementation of its recommendations, with only two out of sixteen having been put into place.

As far as parliamentarians are concerned, GRECO noted that none of the recommendations have been implemented.

Nevertheless, it notes with satisfaction that the authorities of Monaco have expressed their intention to prepare a Code of Conduct for parliamentarians, to strengthen the National Council’s rules of procedure to extend the range of sanctions that can be applied for misconduct by parliamentarians and to train them. GRECO encourages them to translate these intentions into reality, and change the legislation and practice relating to parliamentary processes so as to enhance their transparency, namely when adopting legislation and to prevent conflicts of interest between the work of parliamentarians and other functions or activities, the organisation said in a press release.

As to judges and prosecutors, GRECO encourages the authorities of Monaco to draw practical conclusions from the current census of the incompatibilities and parallel activities within the courts and prosecution services. It is also necessary to ensure transparency in the appointment and management of the careers of judges and prosecutors (seconded or not), including at the level of the Supreme Court.

GRECO said, in particular, that the procedure for the renewal of a secondment cannot be used to exert pressure on a judge or prosecutor; in this respect, it wonders about the non-renewal of the secondment of a French investigating judge responsible for sensitive files; this is not likely to ensure the serenity of the independent exercise of the functions of seconded judge in Monaco. The operational independence of the High Council of Justice must be strengthened, GRECO said.

The report also lists progress, including: new legislation organising the Supreme Court and the adoption of a Charter of Conduct for its members, as well as the adoption of a Compendium of ethical and deontological principles for judges and prosecutors; the draft amendments to the law on the status of the judiciary in terms of the periodic evaluation of a larger number of judges and prosecutors and ex officio seizure of the High Council of the Judiciary in disciplinary matter which could be adopted soon; and the increase in the number of public hearings at the Court of Review.

The authorities of Monaco are invited to submit a report on the state of implementation of the recommendations that have not been followed up as soon as possible and by December 31, 2020, at the latest.

No more cases of coronavirus at College Charles III