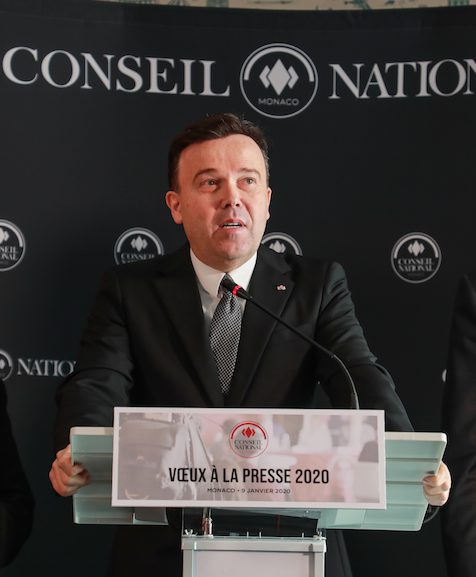 President of the National Council Stephane Valeri was in fine form on Thursday, January 9, when he welcomed the Monaco press for the traditional New Year greetings. He opened his address by quoting George Harrison: “Happiness is to open the paper and not see yourself in it.”

He expressed his thanks to the print, TV, radio and online media for their work during 2019, and wished everyone the very best for the coming year.

Mr Valeri said he could not summarise his points in three minutes. Forty-five minutes later, without the benefit of notes, without any pause, mistake or hesitation, he had succeeded in summarising the Council’s activities in 2019, no mean feat since it had been an exceptional year “in which the National Council found its right place in Monaco’s constitutional framework.”

Mr Valeri listed the various achievements, such as the safeguarding of housing for Monegasques and long-term French residents and the survey on the quality of life that has led to and is still leading to restrictions on disruption, such as road closures, and noise due to the large number of building sites.

But his most important point concerned relations with the Government and the Palace: “We are not in competition with the Government. We are part of the same team, that of the State, that of Monaco. Each in his place, each in his role, we are indeed institutional partners. It is an illustration of a system that works in the right place, within the framework of a constitutional monarchy perfectly adapted to our time and to our society, behind our Sovereign Prince.”

He added that he hoped that discussions between the Government and the National Council would always take place in a calm climate and with mutual respect.

Mr Valeri said that Monaco was lucky to have such a diverse press. No other town or country of Monaco’s size could boast of such a wide range of publications, he said. He added that he is very supportive of the freedom of the press, which is so important for a modern and democratic society.

He concluded by remarking that the press on one hand, and elected representatives on the other, operate on different timescales. While the press is always looking for scoops, those in politics work to a longer timescale.

Unusually for what really amounted to a press conference, Mr Valeri was warmly applauded by Monaco’s journalists at the end of his speech.

More in hospital with coronavirus symptoms 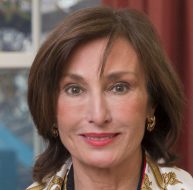