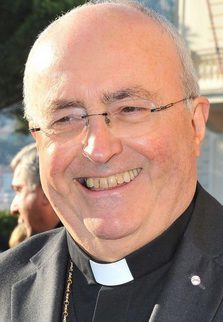 Bernard Barsi, Archbishop of Monaco, will leave his post on Saint-Devote Day after twenty years serving as head of the church in the Principality.

Now 79, he will remain Archbishop Emeritus of Monaco, enabling him to keep up his links with the Principality, and when the time comes, to be buried in the cathedral.

In an interview with local French-language daily Monaco Matin, Archbishop Barsi said: “I am very attached to the people of Monaco… I have not yet really realised that I am going to leave Monaco … Now that the deadline is approaching, I begin to wonder. I know everyone here, I can’t take a step on the street without being stopped.”

Referring to a possible interregnum while a successor is chosen, he said: “I will say goodbye that day (January 27). But if there is no bishop, I will act in the interim. I will become apostolic administrator of the diocese of Monaco.”

Archbishop Barsi is known for his strong opposition to abortion and his strong belief in the sanctity of life.

“Abortion always remains reprehensible to me. We Christians defend life from beginning to end. No euthanasia or abortion, therefore. On the other hand, we should not persecute the woman who aborts or put her in prison. The Church itself grants forgiveness. The state can do the same thing… However, abortion remains prohibited in Monaco. This is a red line for the Church. Otherwise, it is no longer worth having a state religion,” the Archbishop said.

Asked about his relationship with Prince Rainier, Archbishop Bars said: “When I got to know Prince Rainier, he hardly ever left Monaco. He was very present in the life of the Principality. He followed everything down to the last detail. He impressed me with his knowledge of men and situations. He had a very important depth of vision for Monaco. He was the boss, he saw everything (laughs).”

Ringing endorsement of the Prince’s powers

“Some would like to reduce the powers of the Prince. The sovereign has all the powers, even if there is a National Council which makes proposals, which votes (on) laws and the budget. The Prince is Prince by the grace of God. If you remove this historic pillar which dates back 700 years, the Prince will find himself naked. The Prince makes the unity of the country. It is necessary that he retains his powers.”