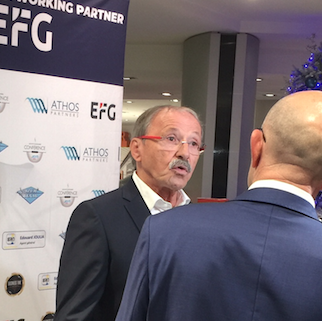 In a question and answer session on Tuesday, December 10, Mr Brunel spoke about the close similarities between rugby and business.

Apart from the obvious parallels of strategy, team-building and decision-making, there are other deeper similarities, he said. The success of a team depends on making the most of the differing abilities in a team, and bringing them together for the sake of the team as a whole.

It is also very important to properly investigate why a success has been achieved, and also to understand why, on those occasions, it has not, and then to learn from those successes and mistakes and incorporate that knowledge.

Mr Brunel’s final point was about the importance of sportsmanship. He said that the England rugby team had been inspirational in showing how important it is to accept defeat when it comes, and to leave the field with heads held high.