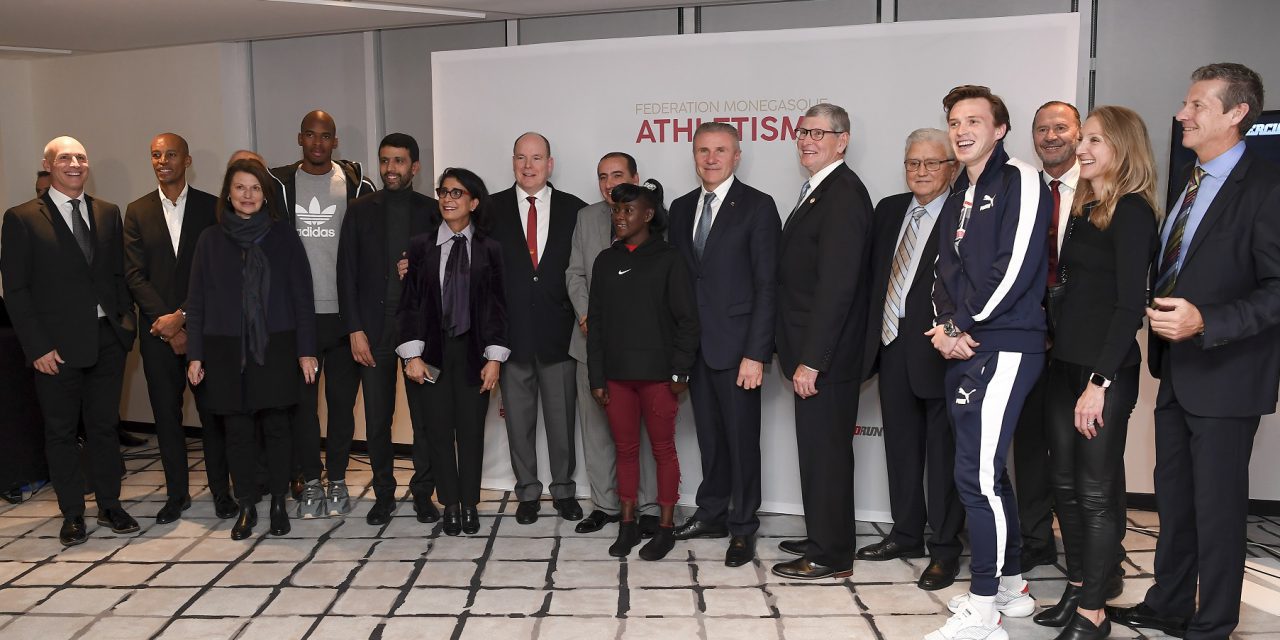 The organisers of the Athletics Meeting Herculis EBS celebrated on Friday, November 22, the successes of the Monaco Run and the Herculis Meeting 2019, which together established three World Records.

The Director of the Meeting, Jean-Pierre Schoebel, speaking in the presence of HSH the Sovereign Prince, praised the exceptional performances during the new formula of the Monaco Run in February on Port Hercule. The event, which for the first time hosted a 5km road race, saw Julian Wanders (13’29) and Sifan Hassan (14’44) beat the men’s and women’s World distance records.

Then, at the Herculis EBS meeting of July 12 at Stade Louis II the large crowd undoubtedly contributed to the incredible performance of Sifan Hassan during the Brave Like Gabe Mile with a women’s world record of 4:12.33.

Christian Taylor, Renaud Lavillenie, Steven Gardiner and Karsten Warholm were all present for a large family photo in the presence of the Sovereign, president of the FMA.

The 2020 Monaco Run will take place on February 15 and 16 and the Herculis EBS meeting will be held on Friday July 10 at Stade Louis II.