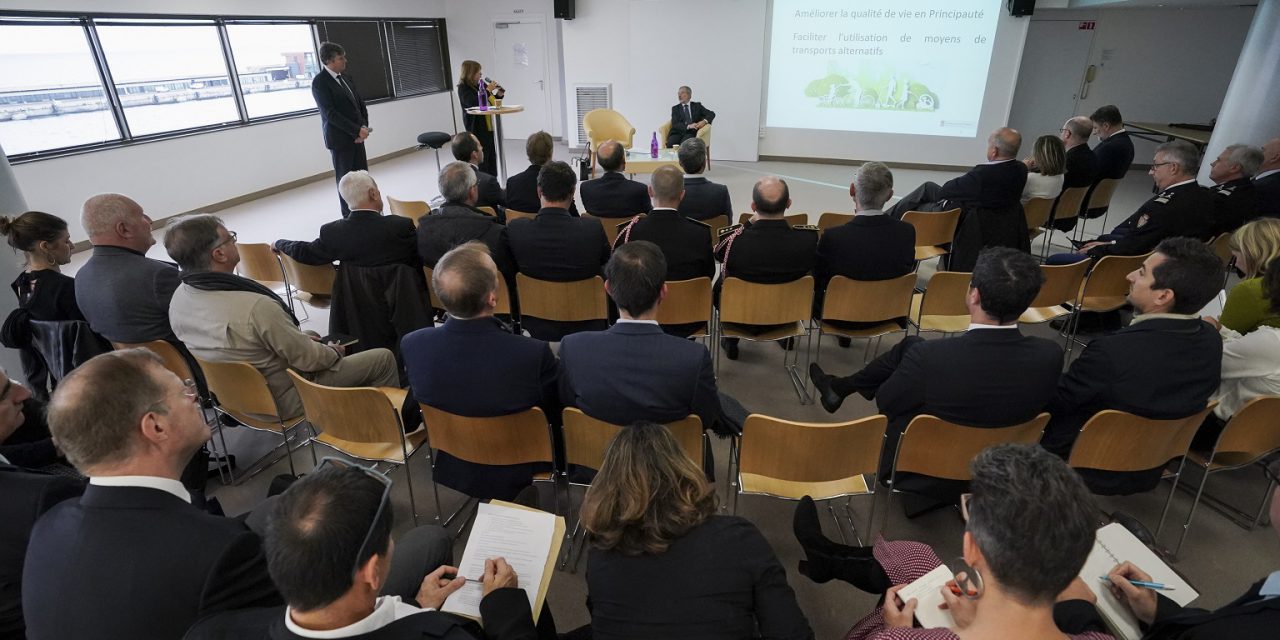 Late last week, Mrs. Marie-Pierre Gramaglia, Minister of Infrastructure, Environment and Urban Planning and Mr Patrice Cellario, Minister of the Interior, invited a group of 40 representatives from various institutions and the Monegasque community to discuss so-called soft mobility in the Principality.

The meeting focussed on the Monabike electric-assisted bicycle service and motorised personal mobility devices (PDUs), including electric scooters, monohulls, gyropods, hoverboards, and so on, modes of travel that provide new solutions for everyday travel but whose presence alongside more traditional modes of transport: public transport, cars, pedestrians, raises various questions in terms of road safety, equipment, the sharing of public spaces, and road improvements.

Many topics were debated during this meeting where everyone was able to express their point of view, share their experiences, and advance their ideas.

At the end of the two hours of discussions, the Ministers thanked the speakers for the quality of the debate, and gave assurances that the Government would rely on the results of the meeting to advance new regulations for both bicycles and personal commuting devices (PDUs).