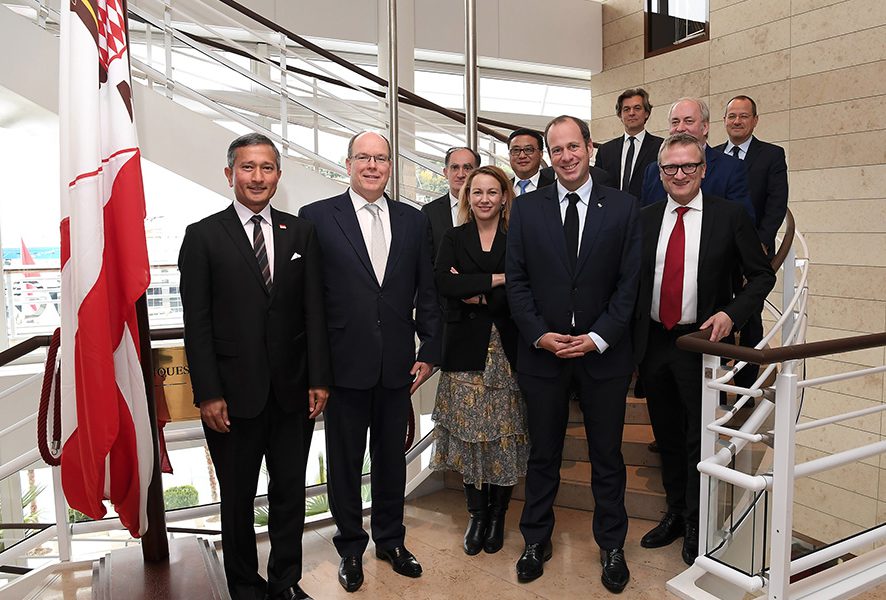 Under the chairmanship of HSH Prince Albert II, the Principality gathered together its digital experts’ college called “Monaco Digital Advisory Council” (MDAC) on Friday, November 15, at the Monaco Yacht Club.

Created in November 2018, this committee of global experts from the public and private sectors in the field of digital technology, led by Frédéric Genta, Interministerial Delegate in charge of Digital Transition, has as its main mission to advise Monaco in its strategic vision in the field of digital technology and in the implementation of its policies.

“The digital transition is the biggest challenge for countries, businesses and individuals. The positioning of each entity and the ability to benefit from this revolution will determine the winners of the present and future economy,” Frédéric Genta said.

The eight experts were: Nick Jennings, Professor of Artificial Intelligence at Imperial College London; Marc-André Kamel, Partner and Director of Bain & CO., he heads the Distribution and Luxury Division for Europe, the Middle East and Africa and is one of the leaders in the Transformation and Customer Strategy and Marketing Divisions; Axelle Lemaire, former Secretary of State for Digital in France, she is a partner in the Roland Berger consulting firm; Hani Mahmassani, Professor at Northwestern University, who is considered a world expert in mobility; Niklas Myher, Professor at Chapman University, he is considered the world’s leading expert on social networks; Vivian Balakrishnan, Minister of Foreign Affairs of Singapore in charge of the Smart Nation; Zhang Ya-Quin, Former President of Baidu, a Chinese Internet company whose search engine is one of the three most visited websites in the world; and Loïc Plantevin, Partner at Bain & Company, he heads the Healthcare in Europe division.