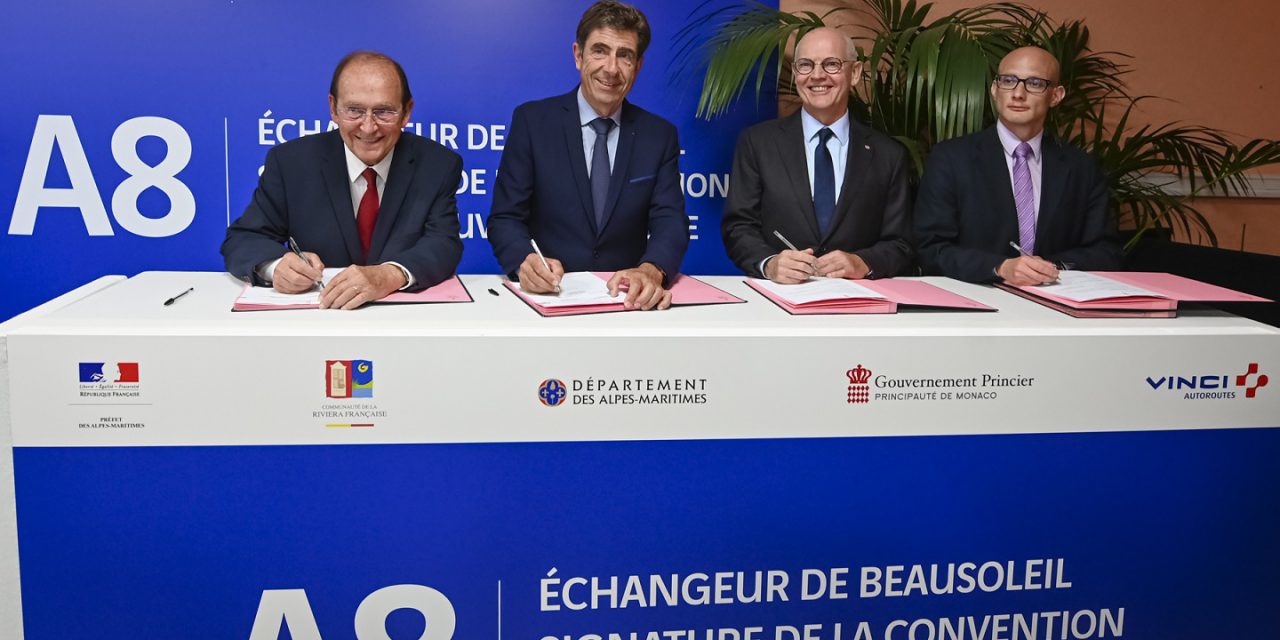 An agreement to cover the cost of a new offramp on the A8 autoroute was signed on Tuesday, September 10. Serge Telle, Minister of State, represented Monaco.

This new access ramp will provide additional access to the Principality and the coastal towns of the east of the neighbouring French department, decrease the traffic in La Turbie, and ease traffic congestion on the A500 motorway and in the Monaco tunnel.

Every day nearly 43,000 people come to Monaco by using the existing routes, and the steady increase in traffic has, over time, has made these journeys more difficult for regular users.

This 6.06 million euro regional development operation is to be co-financed by the Prince’s Government, the Alpes-Maritimes Departmental Council, the French Riviera Agglomeration Community and the Escota Network of VINCI Autoroutes. Monaco will contribute 2.145 million euros, Escota 2.480, and the French authorities a total of 1.435 million euros.

Serge Telle said that the agreement was the result of technical, political, administrative and financial cooperation between Monaco, the French authorities, and the motorway operator. Jean Castellini, Minister of Finance and Economy, Marie-Pierre Gramaglia, Minister of Infrastructure, Environment and Urban Planning, also attended the ceremony.

ORIGINAL SOURCE: Government of Monaco PHOTO: Serge Telle is second from the right