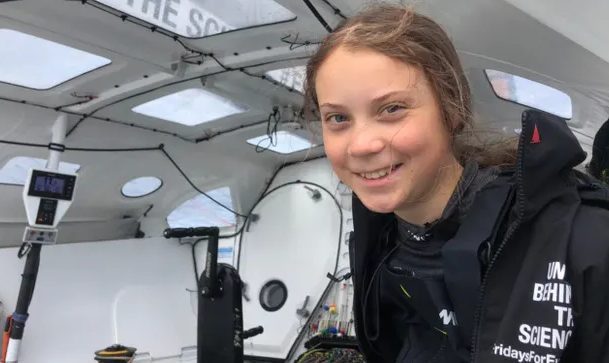 In a Tweet at midday on Saturday, the 16 year-old said she was eating and sleeping well and was not suffering from seasickness. The crew had resorted to cleaning the carbon-hulled boat and playing board games, which Greta always wins. Friday had seen rough seas and uncomfortable conditions.

August is the height of the hurricane season, a fact that prompted controversial Brexit promoter Aaron Banks to tweet last week that “accidents do happen” at this time of year in the North Atlantic.

Ms Thunberg will address the Climate Action Summit in New York from September 21-23, before travelling to Santiago for the UN climate conference in December. Boris Hermann is captaining the Monaco-flagged boat, assisted by Princess Caroline’s son, Pierre Casiraghi.