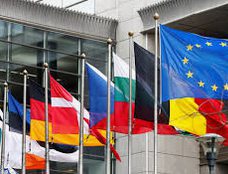 Furthermore, 61 percent of Europeans feel optimistic about the future of the bloc, while, despite talks of a democratic deficit, 55 percent of respondents are satisfied with the way democracy operates in the Union.

Interestingly, enthusiasm for the single currency is at an all-time high of 76 percent. Researchers said that the surge in support for the EU stems in part from the UK’s Brexit referendum. Also, climate change is at the top of citizens’ concerns, ahead of immigration.

The survey was held after the year’s European elections between June and 7 and July 1.