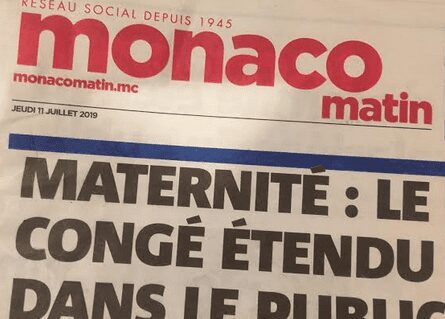 Monaco Matin apologised on Sunday for the non-publication of its printed edition on Saturday, July 13. None of Nice Matin’s editions were published as the result of a lightning strike by journalists following an extraordinary general meeting of the employee-shareholders of the group on Friday.

The employers, who together own two-thirds of the equity of the titles, are split over plans for the future of the group. The current crisis centres on the fact that Nethys, the Belgian publisher that holds the remaining one-third, wishes to sell its stake, which would have become a controlling interest early next year, and two high-profile billionaires are now vying for control.

Xavier Niel, majority owner of Monaco Telecom and co-owner of Le Monde, is favoured by journalists over Iskandar Safa, who counts Cherbourg shipyard among his assets. Nethys is minded to sell to Niel, but most Nice Matin employees, except the journalists, prefer to see Safa take control. The radical trade union, the CGT, has entered the fray by saying that Mr Niel’s plans for the Nice Matin group are not clear enough.