Princess Grace Hospital to the rescue for little Léo 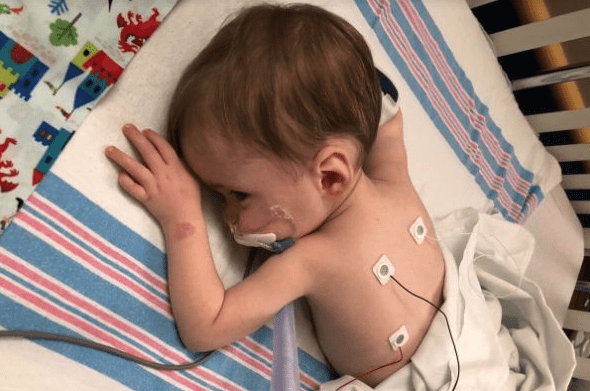 When six-month old Léo was taken ill with bronchitis a week ago his mother took him to the Lenval Hospital in Nice where they waited two hours to see a doctor. The child had not been eating, had difficulty breathing, was vomiting and had diarrhrea. He had lost 1kg in weight over several days, has mother Lara told Nice Matin.

Lara was given advice on what to feed the baby – who wasn’t eating – and told to go home. At 17:15 Léo’s condition had worsened and the parents returned to the hospital at 17:15, where they waited until 21:30 to see a doctor. The child was rehydrated by infusion and the family returned home at 03:30.

His condition continued to deteriorate and at 16:00 the family took to the road again, and this time came to Monaco in the hope of finding help. Léo was aided to breathe by the use of aerosols and was treated as an in-patient, returning home after two days to the great relief of his young parents.

Eight days ago, Dr Philippe Babe (sic) of Lenval told the daily newspaper that his hospital was in great suffering that he had never seen before. Twenty-five young children were being treated for bronchitis and no more could be admitted because of a lack of nursing staff.

On November 15 franceinfo reported that only the most serous infantile bronchitis cases in France could be admitted to hospital.

Meanwhile, Dr Babe blamed the system and the fact that paediatricians are not available after 17:00 in Nice except at Lenval.

Lara was rather forgiving, saying she understood that the hospital could not do more because of capacity problems. She added that nurses in Nice and Monaco are worried about the weeks to come, and this had ‘touched her,’ just as it does all those parents who wait in the waiting rooms with their sick children.