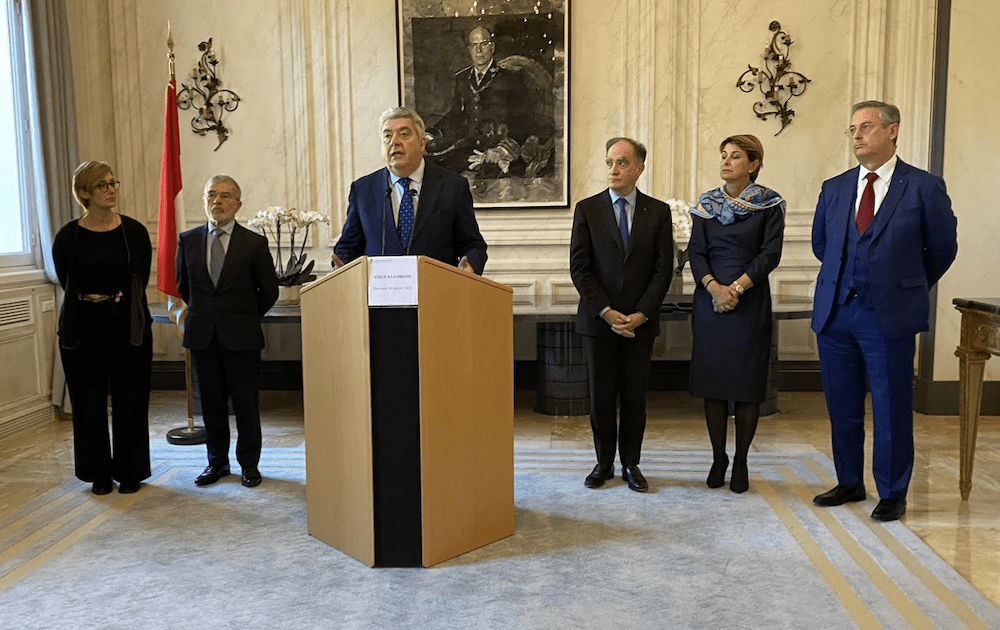 In his annual New Year address to the press Pierre Dartout covered many topics, including the conflict between tranquility on one hand and development on the other. He emphasised that real estate development generates tax wealth through VAT collections, and so it has an important positive side.

Recent warm weather has reduced the demand for power, the prices of which were sent soaring by the conflict in Ukraine, he said. He emphasised that the Principality “is not cut off from the world.” He pointed out that Monaco has made a big effort to help Ukrainian refugees, issuing 180 temporary residence permits and providing schooling for 89 children.

“The year will not be easy in many respects. Monaco has many assets but must take into account the war in Ukraine, and inflationary and climatic problems that are shaking public confidence,” he added.

Mr Dartout mentioned that the tourist season had been a remarkable success.

Minister of State Dartout also referred to the need for Monaco to look to other countries for inspiration, and he singled out Singapore.

PHOTO: Minister of State Dartout (centre) with the other ministers of the Prince’s Government Max Brodie