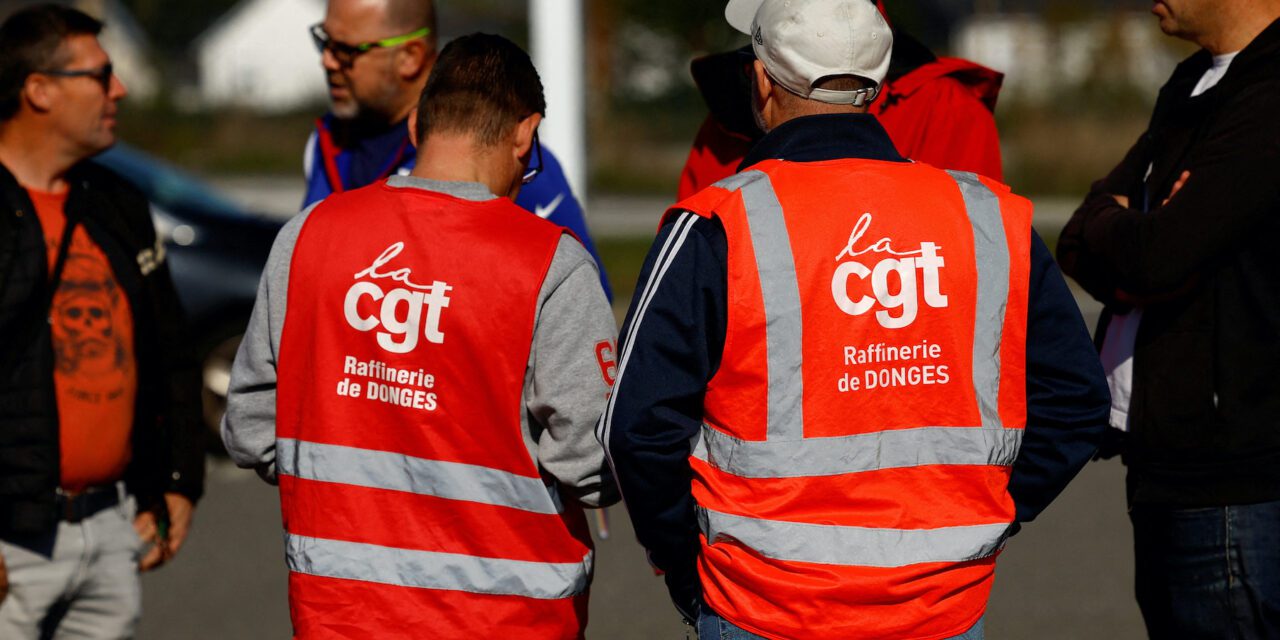 PARIS (Reuters) – France’s hardline CGT union has threatened to cut off electricity supplies to lawmakers and billionaires before a nationwide strike on Thursday, January 19, in an increasingly acrimonious showdown over the government’s plan to raise the retirement age.

The proposed bill, announced last week, would see the retirement age pushed to 64 from 62, a move opinion polls show is opposed by a vast majority of workers already facing a cost-of-living crisis.

Employees in sectors including transport, education and energy across France will take part in Thursday’s strike, with major protest marches expected in Paris and other cities.

The industrial action is seen as a test of whether unions, who in past years have struggled to convince people to strike, can transform this anger into mass social protest.

“It would be good if we cut off their electricity so that they can put themselves, for a few days, in the shoes of … French people who can’t afford to pay their bill.”

In recent days, Sebastien Menesplier, of the hardline CGT’s energy and mine branch, has also threatened electricity cuts targeting the offices of MPs, local media quoted him as saying.

Public transport will be the most affected on Thursday, with most trains as well as some flights cancelled, and Paris’ subway heavily disrupted.

Seven out of 10 primary school teachers will walk off their job, as will many refinery workers, unions and transport operators said.

Meanwhile, Interior Minister Gerald Darmanin said there would be more than 10,000 police on the ground during the protest marches, a third of which will be held in Paris.

According to police intelligence, there could be about 1,000 potentially violent people present at Paris’ rallies on Thursday, he told RTL radio, saying they were from the radical left or past Yellow Vest movement.

France has a decades-long history of attempts to reform its pension system – one of the most generous and costly in Europe – and of protests to try to stop them.

That worked in 1995, when millions took to the street in what were the country’s most disruptive social protests in decades. But several other pension reforms have gone through since despite protests.

The reform is yet to be adopted in parliament, where President Emmanuel Macron does not have an absolute majority but is hoping to get the votes of the conservative Les Republicains.