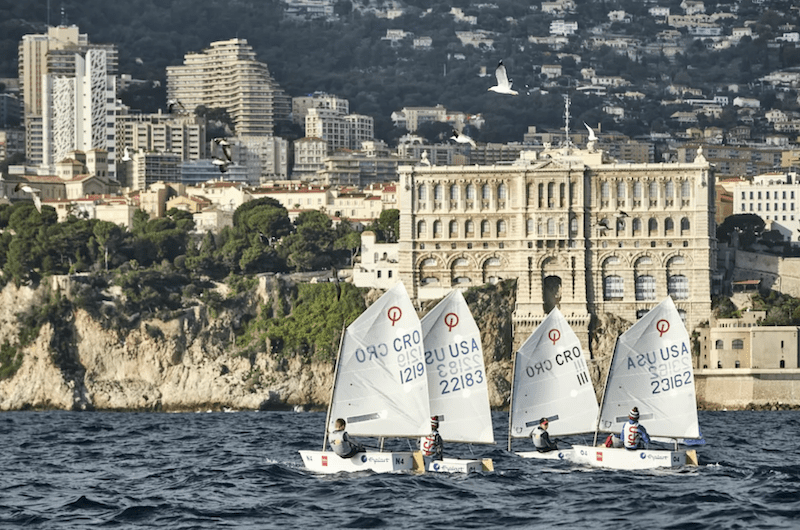 A team of four very young athletes from Sailing Club Uljanik in Pula finished the four days of competition on top of the podium, ahead of the United States and Spain.

“We work hard, we really like the team race. Last year we lost against the United States so this gave us the energy to come back this year and show that we can beat them. It’s an incredible satisfaction. We’re going to rest for seven days and then we have a regatta in Torrevieja in Spain. At the end of winter we still have a few events scheduled and then we stop before the races in Croatia to qualify for the European and World Cup”, said Dario Kliba, Croatian Team coach.

The international sailing competition sees the best under-14 teams in the category put to the test and is organised by the Yacht Club de Monaco with the support of FxPro, the Slam technical clothing brand, the Erplast shipyard and Peace and Sport. Sixteen nations and 64 sailors under 14 gathered in the Principality for this event.

“It is a very important event for us. First of all it is held in winter and we host very young people who come from 16 countries so it is an opportunity to transmit our values, educate young people and not only make them improve at sailing but also to carry on teachings that come in handy in life,” added the YCM general secretary, Bernard d’Alessandri.

The competition was born about 12 years ago with the idea of bringing together the clubs with which the Yacht Club de Monaco has twinning or reciprocity relationships. It is a unique event of its kind, a sort of regatta without frontiers, which is based above all on the values of cohesion and sharing. The 14th Monaco Optimist Team Race will take place from January 10 to January 14, 2024.