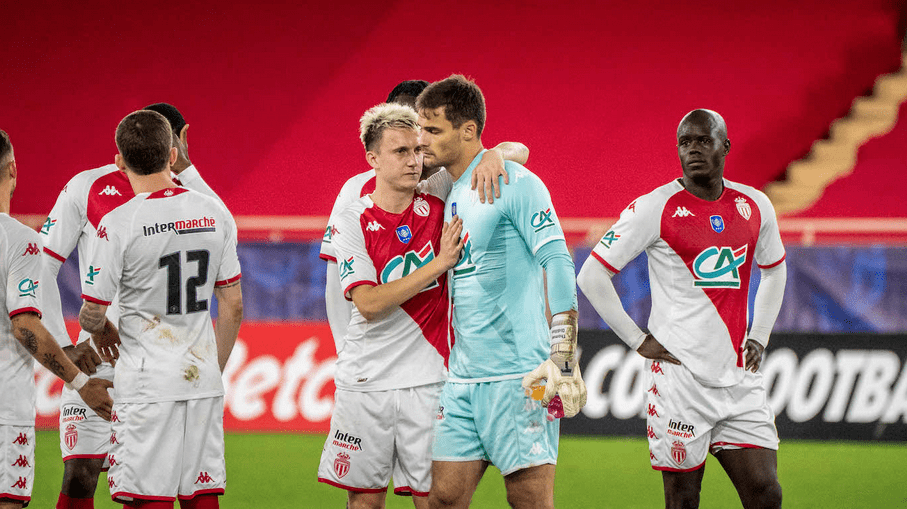 It was a night to forget for AS Monaco at the Stade Louis II on the evening of Saturday, January 7, as the Principality side was eliminated from the Coupe de France by struggling Ligue 2 side Rodez on penalties.

Thomas Didillon made his debut in-between the Principality’s posts on this occasion, and it was looking to be a dream debut after a strong first half performance.

A first professional goal by Monaco youngster Magnus Akliouche at the 23rd minute gave the hosts an early lead, which was doubled by team captain Wissam Ben Yedder with a goal of his own at the 37th minute. Rodez striker Joseph Mendes managed to find the back of the net before the whistle signalled half time, but with a score of 2-1, it was still the Monegasques’ match to lose.

Rodez eventually managed to equalise through Aymen Abdennour, who levelled the scoreline at the 80th minute. Without a sufficient response from the hosts, regular time ended in a draw and the match subsequently moved on to a penalty shootout.

With the fans on the edge of their yellow seats in the Stade Louis II, penalties ensued. Ben Yedder, Axel Disasi, Eliesse Ben Seghir and Caio Henrique were all successful from the spot, and a miss by Kilian Corredor meant that Monaco were 4-3 ahead after four rounds.

However, a miss by Aleksandr Golovin and Soungoutou Magassa lead to the exit of Monaco from the Coupe de France tournament, as both Clement Depres and Andy Pembele scored to win the penalty shootout and the match for Rodez.

With this, the Monegasques’ Coupe de France campaign ends in an embarrassing fashion, and Monaco head coach Philippe Clement was understandably bemused, having been eliminated by a team that currently occupy 17th place in Ligue 2.

Speaking after the match, Clement said “This is unacceptable, I must say that I am quite pissed off. However, I saw good things in the first hour…  In the last 25 minutes, I didn’t recognize the face of my team. And then at the end of the match we take this second goal, difficult to digest because the result is not deserved.”