Monte-Carlo Diary: I can’t stand to have poor friends 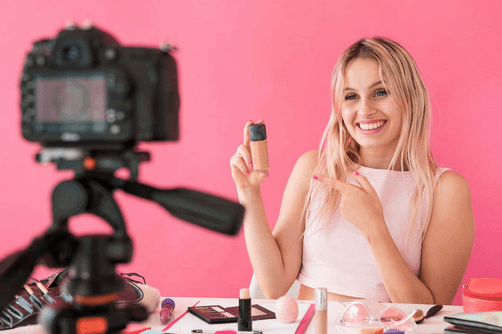 A friend of my boys visited us over the New Year holiday, and on the day before, or the day after, the Big Night itself, met some friends and acquaintances in a fashionable spot in Monaco for a casual drink.

So far so good. He ordered a beer while the rest of the crowd had wine. Except for one young woman – a well-known Influencer – who ordered Sex on the Beach or some other monstrosity that cost four times more than the other drinks. She filmed herself sucking it through two straws.

Two rounds later it was time to pay, and the Alpha Female influencer appointed herself as the curator of payments.

The sole beer drinker protested. “Wait a minute, I had two beers so I should pay 18.”

She pretended not to hear him – a standard response – and when he persisted, said for all to hear: “I can’t stand to have poor friends!”

Perhaps it’s not necessary to add that young Mr Beer Drinker was the only one present to actually have a job. He is a serving member of the French armed forces.

The influencer, on the other hand, has never had a job, has no experience of real life or the outside world. But she is the role model for hundreds of younger people in Monaco.

Mrs Daniels and myself have been caught out ourselves, and our policy now is never to go anywhere with anyone if we don’t know who’s going to pay. We are invitees or, more rarely, the inviters.

Before we introduced our no-nonsense policy we were almost skewered in the Hotel Royal Splendide in lovely Lugano, where we hosted a conference. Half a dozen people we didn’t know added themselves to our group and evidently expected to be paid for at the end of one of the best dinners we’ve ever had. And one of the most expensive.

All the way through the many courses I sweated intensely. I imagined the holding cell in Lugano’s central police station, where I would, no doubt, be very much alone, all the others, except Mrs Daniels, having sorted out a share of the bill. She would be in the Ladies Section.

However, at the very end of the evening one of the guests we knew pulled out his card and paid for the lot, even the hangers-on.

Very recently we let our guard down and went to Sexy Tacos on Larvotto with a group of about 12. Thirty minutes into the very carnivorous meal, as we decided to leave, a waiter noticed we had eaten nothing and brought tacos with no dead animals inside.

Interestingly no-one on the table noticed, so transfixed they were in their own being.

We left as soon as we could. Not wanting to make a scene I didn’t protest when the manager said we owed 128 euros, excluding drinks. It was a split second decision to either protest and stir up the other guests into a howl of outrage, or just pay up and go. I am not proud of myself but I took the coward’s way out and settled the invoice.

Meanwhile, on the buses, the school-age would-be Influencers are back in force.

In uniforms or not, they shout and surge, clutching their phones, knocking old people over and not giving a damn. I can’t use the word ‘fat,’ of course, but most of them are chubby and those that are not have very sharp elbows.

A friend recently asked a teenage girl to offer her place to an elderly man with a walking stick. She muttered abuse in return and acquiesced only very slowly.

Something needs to be done! Wake up School Heads and address the problem! Use your influence, if you have any left.

Monte-Carlo Diary is published in the interests of editorial diversity, and any views or opinions expressed or implied by the author are not necessarily those of the publishers

RELATED TO THE TOPIC: https://medium.com/lo-fi-literature-magazine/i-met-an-instagram-influencer-b46c6c25f32a