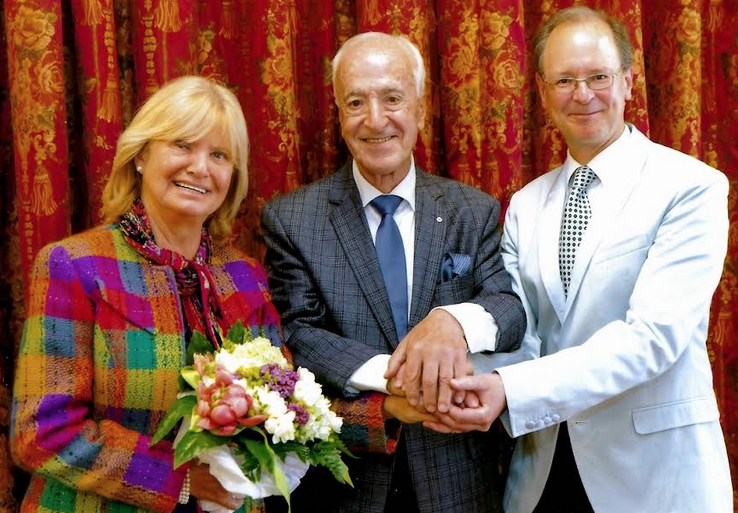 The German International Club of Monaco will celebrate from January to December 2023 its 50th birthday under the High Patronage of HSH Prince Albert II of Monaco, its Honorary President.

The Club was founded in 1973 by Mr Karl Vanis and a prestigious group of German industrialists and personalities, with the approval of the Palace. Prince Rainier III and Princess Grace became its first Honorary Presidents.

About 30 events are held throughout the year, organised by the Committee of the Club, under the Co-Presidency of Beatrix Baroness von Dellingshausen and Patrick Wetzel.

Among occasions planned for the year: a cultural trip to Munich, a grand Gala Dinner in the presence of the Sovereign Prince, a reception in the Jardins du Boulingrin, intended for Residents of the Principality, a visit to the famous cellars of the Hotel de Paris, the celebration of the Day of German Unity at the German Embassy in Paris, in the magnificent Residence of the Palais Beauharnais, as well as the celebration of the Monegasque National Day at the Hotel Hermitage.

The opening of the festivities will take place at the beginning of January, with an elegant and beautiful evening offered by Karl Vanis, founder, and his wife Nina in the Salle Belle Époque of the Hotel Hermitage, with a champagne concert, given by the Liz Kerob ensemble, Supersoloist of the Monte Carlo Philharmonic Orchestra, entitled “Tribute to Liz Kerob and Luciano Pavarotti”.

The concert will be followed by a starred dinner, designed by Chef Yannick Alleno.

The German International Club has also planned exceptional donations for its 50 years, including a “50 trees for 50 years” initiative for a project to renature Monaco, in coordination with the Department of Environment and Urbanism, an initiative sponsored by Mrs Wilma Lämmle, a loyal Member of the Club.

The Club also supports the Prince Albert II Foundation with a donation and continues its support for Monegasque Benevolent Institutions by offering invitations to children in need to the International Circus Festival, prizes for the best students of the Rainier III Music Academy, as well as giving prizes for the best students learning the German language in colleges and high schools in the Principality, while supporting exchanges with German students, in Berlin and Munich.

The German International Club of Monaco supports NEWS.MC by sponsoring the automated German version of the website.