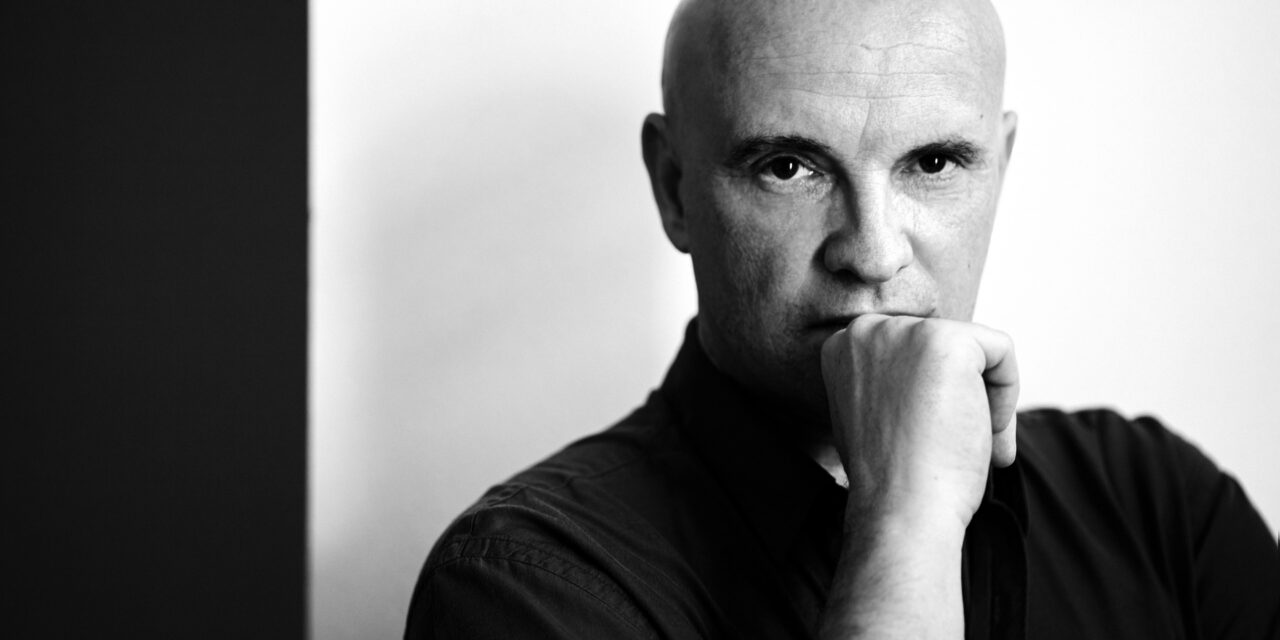 “Few children start dancing with an established career plan.  At first, we do it for anecdotal reasons, without looking at the long term. And then at some point, we realize that we are made for that.”

The son of a painter who worked on many stage backdrops, Jean – Christophe Maillot grew up amongst canvases, frames, ropes and pulleys witnessing the process of artistic creation. He studied dance and piano at the Conservatoire National de Région de Tours, before joining the Rosella Hightower International School of Dance in Cannes and winning the Prix de Lausanne in 1977. He was then hired by John Neumeier at the Hamburg Ballet, where he danced in principal roles as a soloist for five years. An accident brought his dancing career to an abrupt end.

In the following ten years he worked as a Director and Choreographer of the Ballet du Grand Théâtre de Tours, and in 1987 he created Le Mandarin Merveilleux for the Ballets de Monte-Carlo, which was a great success. He became the company’s Artistic Advisor for the 1992-1993 season until in September 1993 HRH The Princess of Hanover changed not only his life but the life of Les Ballets de Monte Carlo as well.

Jean-Christophe Maillot has become a synonym for its success at home and abroad. Here he has created almost 40 ballets that have forged the reputation of the Ballets de Monte-Carlo across the world and never stopped to surprise, amuse, astonish and challenge us.

In September next year it will be 30 years since you were appointed Director-Choreographer by H.R.H the Princess Caroline. How will you celebrate?

What I like about my job and this company is that every day brings me its share of surprises. As a creator, I try to be as open as possible, to be attentive to the unexpected and plan as little as possible. To answer your question, I have nothing planned. Anyway, I’m not gloating, we’ll see when the time comes…

Looking back, The Ballets de Monte-Carlo have changed a lot over the years. Do you remember what were the biggest challenges on this journey towards the universally acknowledged excellence the company is known for today?

The biggest challenge was to create a Repertoire for this very young company and to have maintained an activity that has allowed us to always be present on the international scene.

What are you most proud of?

For never having made the Ballets de Monte-Carlo an institution confined to a choreographer, a style, a theatre, a type of dancer. Our company has 30 nationalities for fifty dancers, it performs all over the world and performs in addition to my repertoire, the works by choreographers of all styles.

Where do you see room for improvement, what are your imminent plans?

Above all, not to have one.

There is a lot of talk, films even, about the modern day ballet corps – we hear about enduring punishing working hours, crippling injuries, terrible pay and little job security. Does this apply to the Monaco company?

I never considered dancing to be an easy job. You strive for excellence as a very high-level athlete (with all that that implies in terms of sacrifices, physical effort, even injury…) It is for these reasons that we ensure that our dancers benefit from the best possible working environment. For example, we have set up a health unit which takes care of them and accompanies them throughout this unique journey that is  professional dance.

The most touring company in the world…does this still apply to Les Ballets de Monte-Carlo?

“One of the” most touring… Unlike other ballet companies, we don’t have a theatre that would allow us to perform all year round. This can be perceived as a brake but it is also an opportunity. The dancers must perform on stage, it is their reason for being. This pushes us to tread the boards of the theatres around the world and still do to this day.

Something that I hope will surprise me and surprise you again.

In 2011 dance in Monaco underwent a major historical change when under the presidency of HRH the Princess of Hanover, the Ballets de Monte-Carlo incorporated the Monaco Dance Forum and the Princess Grace Academy under a single organisation. You were appointed its head. How do you manage it all?

By being very well surrounded by competent people, always at their post to operate at best the three institutions that make up the Ballets de Monte-Carlo: The Company is the tool which serves to create, The Monaco Dance Forum is the one dedicated to the dissemination of art choreography and the Princess Grace Academy has the mission of training future dancers. This leaves a lot of latitude to invent projects in all areas of the world of dance.

What qualities do you look for in a dancer?

The dancers who arrive at the audition stage have the required technical qualities. I am therefore paying particular attention to their personality and their ability to fit in with the rest of the band.

As a choreographer, where do you look for inspiration? And what in fact inspires you the most in life?

There is of course what makes the very essence of creation in my eyes: music. I can’t create without music. I also draw my inspiration from what makes up our daily lives. The big ones, emotional springs that are love, eroticism, desire, anger, death feed my narration. Just look out the window to see our world in motion. I like to transcribe this through choreographies that resemble us and bring us together.

What was the decisive moment to make you want to become a dancer when you were little?

Few children start dancing with an established career plan. At first, we do it for anecdotal reasons, without looking at the long term. And then at some point, we realize that we are made for that. The last step is the one where we understand that we can only do that. That becomes vital.

Rosella Hightower, your teacher, said your life is a union of opposites. Why?

I hate categories. I have always tried not to belong to any of them. For example, I have often been asked if I was a classical or contemporary choreographer. It’s not one or the other, it’s one AND the other. It’s probably something like this that Rosella had sensed.

Watching you practicing with the dancers during one of the open days at L’Atelier – you have so much energy and enthusiasm … How do you recharge your batteries? What lifts you up?

To create and work with a dancer, I need bonds of friendship to unite us. One can’t spend so many hours working and rehearsing movements if we don’t get along. The energy that I find in the studio is nourished by this sharing, this reciprocity, this generosity and a good dose of humour.

As I said: friendship, sharing and humour in work and creation.

Apart from your usual work for the ballet you have also produced a stage opera and choreographic film…if we keep the record straight. What is the drive behind it? And what’s new on the horizon?

I have a relationship with cinema that goes back to childhood. When I was young, I had the chance to play the principal role in Le Petit Poucet by Michel Boisrond and this universe has never left me. That can be seen in my ballets where we find cinematographic processes. I think especially in Romeo and Juliet where the choreography incorporates slow motion, freeze frame, flashback… I have been thinking for some time about creating a choreographic series.

You are an avid reader. What is your kind of literature?

It’s a bit like dancing. I am attached to an essential quality of writing but I have the need that this writing be put at the service of a contemporary narration or one that does not seem too old. It is all the genius of Shakespeare whose language is not only virtuoso but also of a modernity that we will probably no longer achieve, ever.

And what is your Christmas wish for the company?

Have a great holiday and train well because in 2023 we are offering you a great event. The second edition of F(ê)aites de la danse!