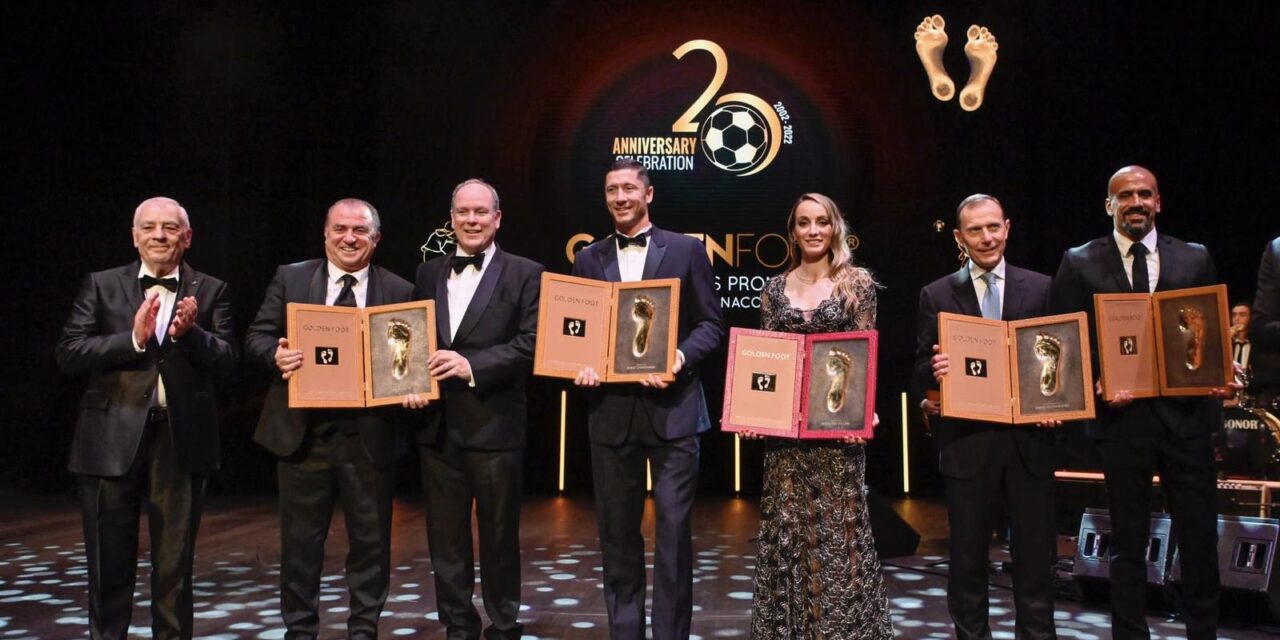 As a memorable year in football comes to a close, all eyes turned to the Principality’s Grimaldi Forum on the evening of Wednesday, December 22, where the sport’s standout individuals were honoured in the 20th Golden Foot award ceremony.

HSH Prince Albert was present to announce this year’s Golden Foot winner, an award that was deservedly won by Barcelona striker Robert Lewandowski after a special year in an already special career. The number 9 made an exciting move from German Bundesliga side Bayern Munich to Spanish La Liga side Barcelona in the summer, and continued to score back to back goals with the Catalan team, scoring 18 goals and registering four assists in 19 matches.

The 34 year-old now has 527 goals to his name, including those scored with the Polish national team, of which he is the captain. With this award, Lewandowski joins a star studded list of previous winners, including Cristiano Ronaldo and Zlatan Ibrahimovic to name just two. The only obvious omission from the list is Lionel Messi, who has been eligible for the award for seven years now and will most likely be in contention next year.

Making history on the night was AC Milan’s Kosovare Asllani, who became the first female football player to win the very first Golden Foot award for a women’s player. Asllani plays up front for the Swedish national team, and boasts an illustrious career with stints at Paris Saint-Germain, Manchester City and Real Madrid leading up to her move to the Italian Serie A this summer.

Real Madrid president Florentino Pérez received the Golden Foot Prestige award which acknowledged his time at the Real Madrid helm, which began in 2000. Speaking from Spain, Perez said “It’s a great honour, so firstly I’d like to thank all the members of the committee who have decided to recognise my time as Real Madrid president. I have dedicated a large part of my life to this club, which has been and continues to be one of my great passions, just as it is for millions of people around the world. I work hard every day to ensure Real Madrid sits in a place befitting of its history and trophy haul.”