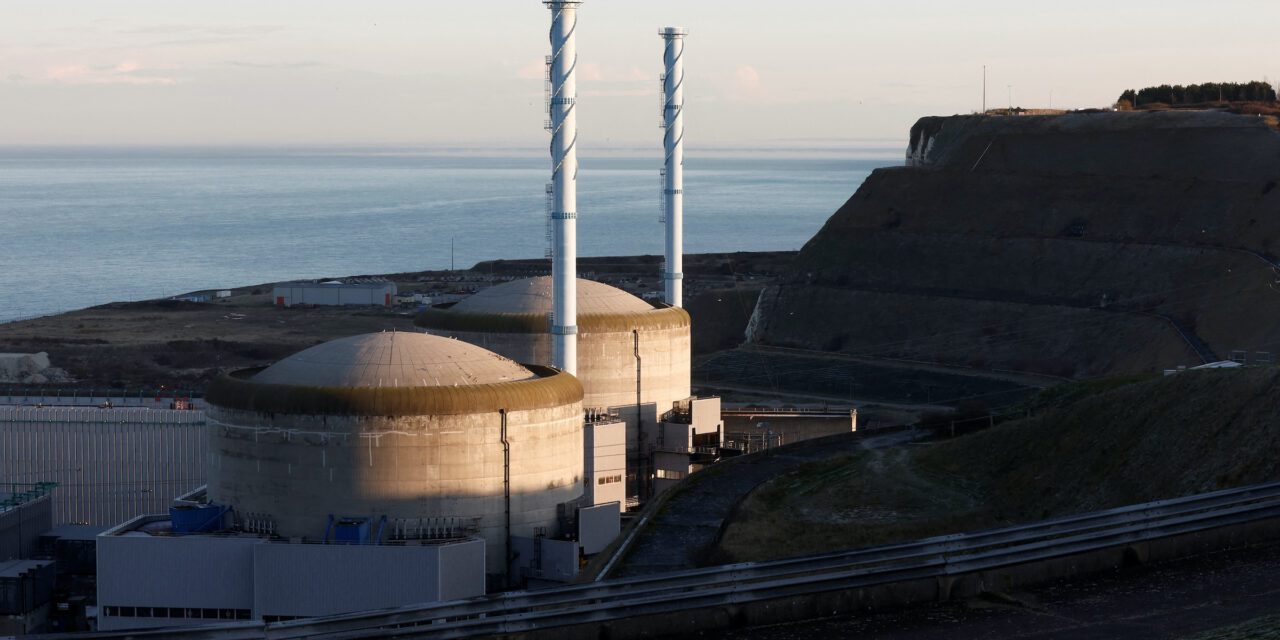 France is one of the most nuclear-powered countries in the world, typically producing over 70% of its electricity with its fleet of 56 reactors and providing about 15% of Europe’s total power through exports.

However, EDF has had to take a record number of its ageing reactors offline for maintenance this year just as Europe is struggling to cope with cuts in Russian natural gas supplies used for generating electricity.

That has left France’s nuclear output at a 30-year low, forcing France to import electricity and prepare plans for possible blackouts as a cold snap fuels demand for heating.

While EDF normally has a number of its reactors offline for maintenance, it has had far more than usual this year due to what is known as stress corrosion on pipes in some reactors.

At the request of France’s nuclear safety watchdog, EDF is in the process of inspecting and making repairs across its fleet since detecting cracks in the welding connecting pipes in one reactor at the end of last year.

Years of under-investment in the nuclear sector mean that there is precious little spare capacity to meet demand while reactors are offline for maintenance.

France also lacks specialised welders and other workers in sufficient numbers to be able to make repairs fast enough to get reactors back online.

WHAT IS BEING DONE?

In the very short term, there is little that can be done to get more reactors online faster, leaving the government to plan for voluntary cuts at peak demand periods and limited forced blackouts.

Monaco is almost entirely dependent on the French power grid.

Meanwhile, EDF and others in the French nuclear industry are on a recruitment drive for the next generation of welders, pipe-fitters and boiler makers, going so far as to set up a new school to train them.

President Emmanuel Macron wants a new push in nuclear energy and has committed to building six new reactors at a cost his government estimates at nearly 52 billion euros ($55 billion).

As a first step, the government is in the process of buying out EDF’s minority shareholders and fully nationalising the debt-laden group, which it says is necessary to make the long-term investments in new reactors.

In a report published on December 1, Reuters said that the French government has sent binding instructions to regional government officials, seen by Reuters, which provide details on how to prioritise power allocation. It also urges them to meet local authorities and businesses to make sure all emergency power generators are working.

“Any scheduled outages should not affect more than 4 million users simultaneously,” the government said in the instructions, adding that local load shedding measures should not last longer than two hours and will be flagged by RTE at 5 p.m. local time the previous day.

Critical sites such as hospitals can be exempted, the instructions said, while schools should close on days when there are insufficient supplies.

Regional government officials also were asked to ensure people receiving vital medical care get three days notice of any power cuts so they can be transferred to other locations.

Separately, government spokesman Olivier Veran told BFM television that if January was a particularly cold month, power cuts could not be ruled out.