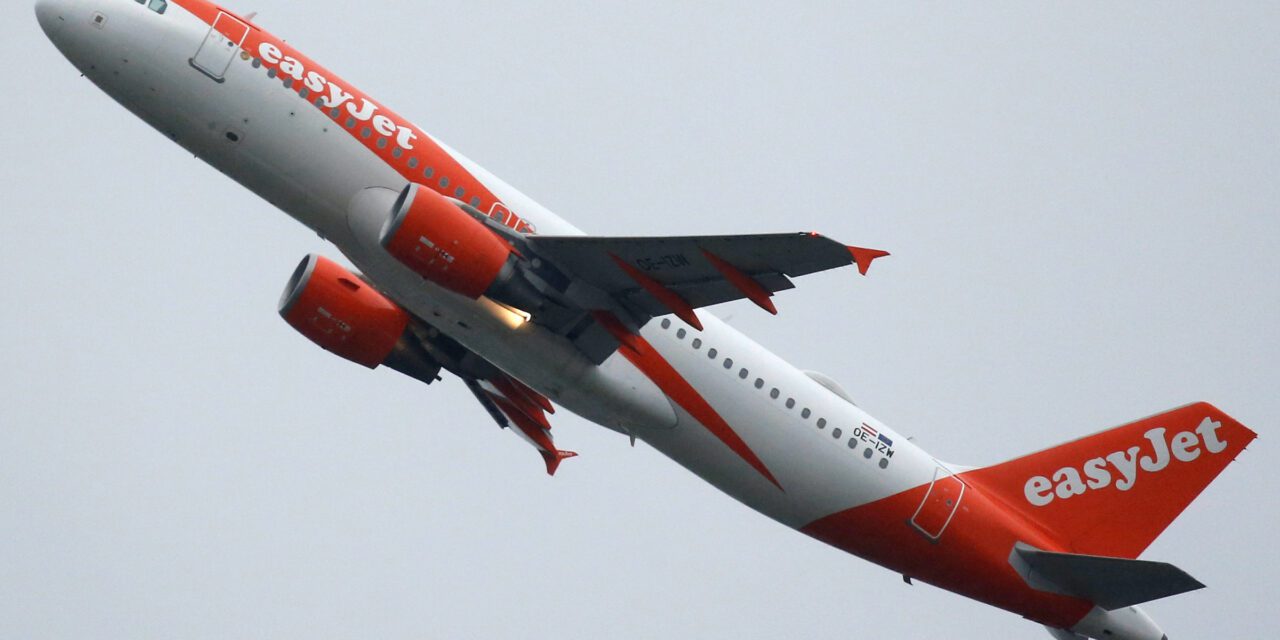 PARIS (Reuters) -EasyJet has averted a French cabin crew strike over the Christmas holidays after it agreed to raise base pay by 7.5% while paying an additional 3,000 euro ($3,152) bonus to staffers.

The concession highlights the continued pressure on easyJet and airlines to agree better terms and wages to retain staff and avert more labour strife after months of disruption since the end of COVID-19 lockdowns.

“For us this is a good deal to sign so we won’t call for a strike this time around,” a representative for the SNPNC union told Reuters via text message.

Tuesday’s deal is one of the more generous for airlines in the region in recent months. It’s not clear if it could set a precedent for rival carriers keen to keep staff as energy and food bills soar and inflation hits decade highs.

British Airways in the summer accepted a new pay offer for staff at Heathrow airport which included a consolidated pay rise of 8%, a one-off bonus and the reinstatement of shift pay.

It lands on the heels of a major victory for Delta pilots agreed last week, with the airline offering a 34% cumulative pay increase over three years.

“easyJet is pleased to confirm that we have completed constructive discussions with trade unions, SNPNC and UNAC. We continue to be committed to working collaboratively with the unions to ensure the long term success of easyJet in France,” an easyJet spokesperson told Reuters in an emailed statement.

Europe is bracing for strikes affecting airlines ahead of its busiest Christmas travel season in three years as it recovers from the COVID-19 pandemic.

Air France’s unionized workers have given notice to strike from Dec. 22 to Jan. 2, while Britain’s Border Force is also expected to strike, potentially disrupting transit times and causing long queues at airports.

Heathrow airport’s baggage handlers employed by Menzies have also said they would strike in mid-December.

EasyJet’s French workers had asked for a raise of at least 8% to compensate for rising inflation as well as a hike in the cost of their healthcare premium, an SNPNC union representative said. French inflation for November hit 7.1%.

EasyJet instead had initially offered a pay increase pegged to average inflation, clarifying that the increased salary offer on fixed remuneration was above 6.2%.

EasyJet employs over 1,800 staff in France under local contracts including over 1,000 cabin crew. Only a proportion of flights crossing through France are operated by French-based crew, a spokesperson said.

FILE PHOTO: An EasyJet Airbus A320 is pictured at the aircraft builder’s headquarters of Airbus in Colomiers near Toulouse, France, November 15, 2019. REUTERS/Regis Duvignau