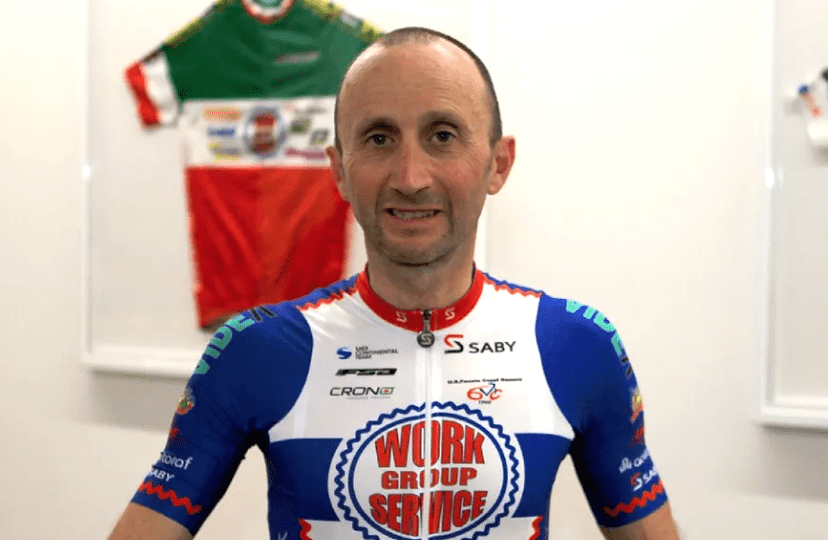 The truck driver who reportedly hit and killed just-retired professional cyclist Davide Rebellin has been traced to Germany.

Italian, Slovenian, German and Austrian authorities worked together to find the 62 year-old driver, who has not been arrested because Germany does not recognise the charge of vehicular homicide, the offence for which he his wanted in Italy, where the incident took place. However, the Italian police are expected to apply for a European arrest warrant.

Davide’s widow, Françoise, said: “Imagining my life without you is heartbreaking, the horror of what has happened is heartbreaking. Knowing that we’ll never hug each other, never speak again, never wake up together in each other’s arms leaves me in pieces. You are my angel, my love.”

Rebellin, 51, had competed in the Monaco criterium one week earlier and was training in Montebello Vicentino.

According to a report by Il Gazzettino newspaper the driver was fully aware that he had struck Rebellin, but nevertheless fled the scene. The Italian newspaper claims that witnesses saw the driver exit his Volvo truck after the crash and approach Rebellin, before then getting back into his vehicle and driving away.

Initial reports of the incident say that Rebellin was struck by the vehicle as it sped out of a motorway exit before hitting him., www.cyclingweekly.com reports.

According to Il Gazzettino, the German driver had also committed two previous traffic offences on Italian roads. In 2001, he pleaded guilty to a non-fatal hit-and-run incident, although the sentence was later quashed. In 2014, the same man was charged in Chieti with driving under the influence of alcohol.

The man works for a haulage firm based in Recke in northern Germany and was in Italy on Wednesday to collect cargo from a freight terminal in Verona. After fleeing the scene of the collision with Rebellin, the driver allegedly made a delivery in Berlin before returning to the north.

Philippe Gilbert, who raced the recent Monaco criterium with Rebellin, posted a message on Twitter which said: “A few days ago we were doing our last pro race in Monaco and today you left to join the stars… I am very sad, we will miss you amico. RIP Davide Rebellin.”