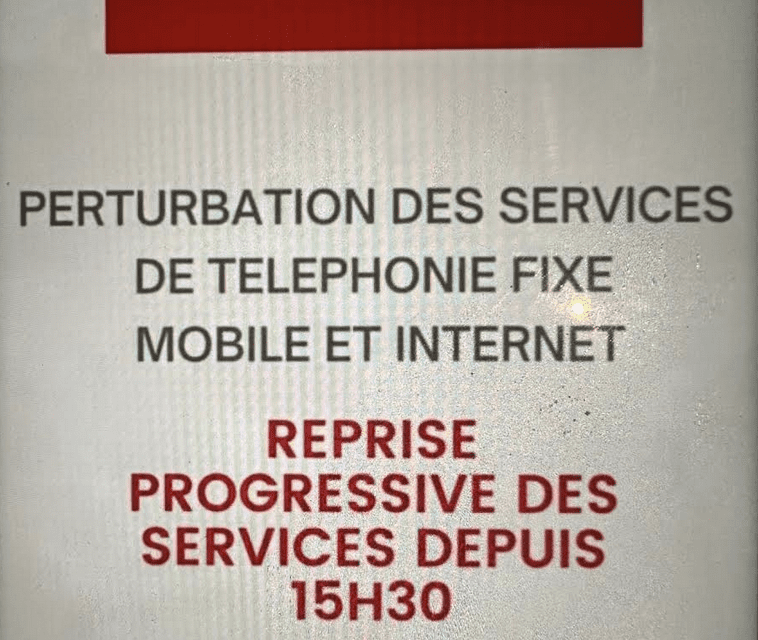 A loss of electrical power to a Monaco Telecom facility that was undergoing maintenance and upgrading resulted in a shutdown in Internet and telephone services for about 45 minutes on Tuesday afternoon.

However, fixed line services were down for longer, prompting the Government to post on Twitter and at bus shelters that emergency numbers 17, 18 and 112 could be reached only by using mobile telephones.

“We were carrying out a major maintenance operation on a generator that supplies our main data center, and in the middle of maintenance the generator stopped working,” Monaco Telecom CEO Martin Perronet said.

The tills at Carrefour in Fontvieille ceased working during the outage.

By early evening all services had returned to normal.

PHOTO: A tweet from Monaco Telecom assures users that service will return to normal after 15:30