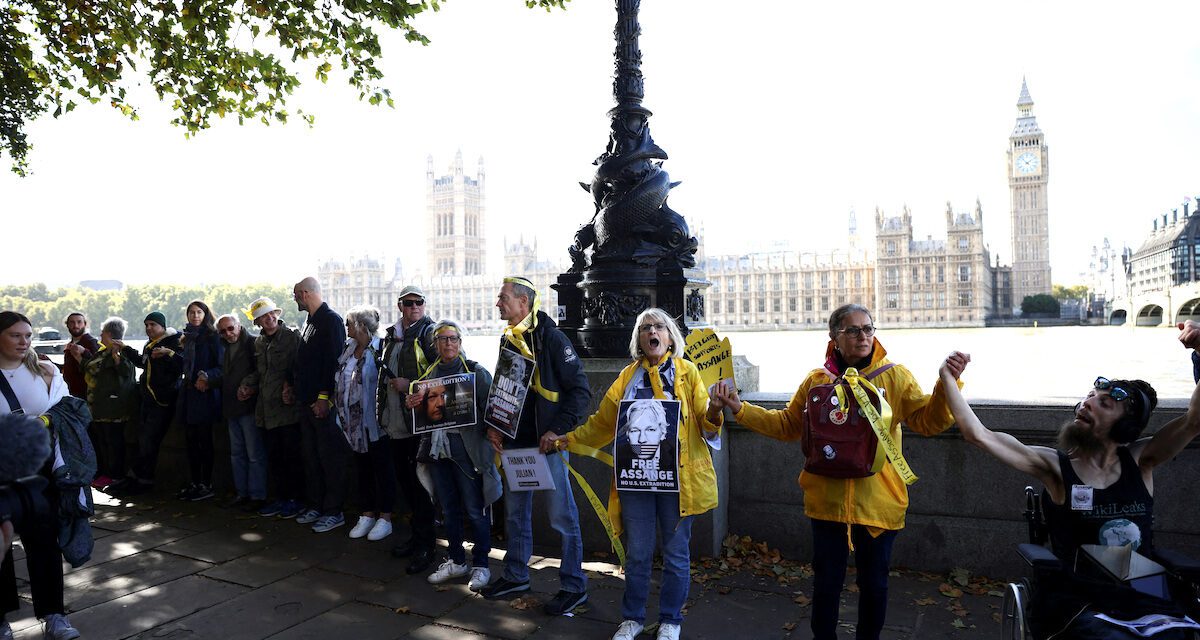 WASHINGTON (Reuters) – The United States should end its prosecution of Julian Assange, leading media outlets from the United States and Europe that had collaborated with the WikiLeaks founder said on Monday, citing press freedom concerns.

“This indictment sets a dangerous precedent, and threatens to undermine America’s First Amendment and the freedom of the press,” editors and publishers of the Guardian, the New York Times, Le Monde, Der Spiegel, and El País said in an open letter.

Assange is wanted by US authorities on 18 counts, including a spying charge, related to WikiLeaks’ release of confidential US military records and diplomatic cables. His supporters say he is an anti-establishment hero who has been victimised because he exposed US wrongdoing, including in conflicts in Afghanistan and Iraq.

Monday marked twelve years since those media outlets collaborated to release excerpts from over 250,000 documents obtained by Assange in the so-called “Cablegate” leak.

The material was leaked to WikiLeaks by the then American soldier Chelsea Manning and revealed the inner workings of US diplomacy around the globe. The documents exposed “corruption, diplomatic scandals and spy affairs on an international scale,” the letter said.

In August, a group of journalists and lawyers sued the CIA and its former director Mike Pompeo over allegations the intelligence agency spied on them when they visited Assange during his stay in Ecuador’s embassy in London.

Assange spent seven years in the embassy before being dragged out and jailed in 2019 for breaching bail conditions. He has remained in prison in London while his extradition case is decided. If extradited to the United States, he faces a sentence of up to 175 years in an American maximum security prison.

His legal team has appealed to the High Court in London to block his extradition in a legal battle that has dragged on for more than a decade.

“Publishing is not a crime,” the media outlets said in their letter on Monday.

(Reporting by Kanishka Singh in Washington, Editing by Rosalba O’Brien)