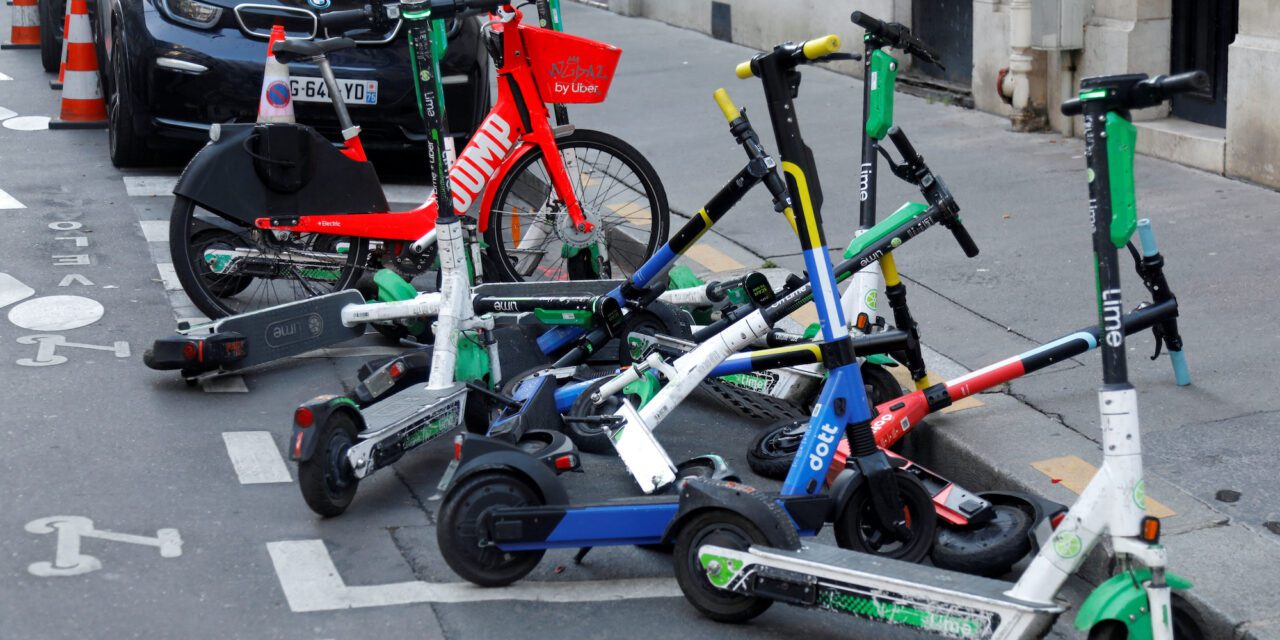 PARIS (Reuters) – Paris is considering banning its 15,000 rental electric scooters due to concerns about public safety on the city’s sidewalks, but operators are proposing a series of improvements in the hope of getting their licences renewed.

The Paris town council is considering not renewing the licences of the three operators – Lime, Dott and Tier – which expire in February 2023. Its vote is only consultative and the decision, expected in coming weeks, rests with Paris mayor Anne Hidalgo.

Deputy mayor David Belliard, a green party politician in charge of transport in Paris, told Le Parisien newspaper last week that the nuisances caused by scooters now outweigh the advantages to the city.

“In terms of security, environment and the sharing of public space, it would be complicated to continue,” he said.

In 2021, 24 people died in scooter-related accidents in France, including one in Paris. This year, Paris registered 337 accidents with e-scooters and similar vehicles in the first eight months of the year, from 247 over the same period in 2021.

Electric scooters accessed through smartphone apps have operated in Paris since 2018, but following complaints about their anarchic deployment, Paris in 2020 cut the number of operators to three. It gave them a three-year contract, required that scooters’ speed be capped at 20 km/hour and imposed designated scooter parking areas.

Operators have offered further regulations, including ID checks to make sure users are over 18, fixing licence plates to scooters so police can identify traffic offenders, and preventing the carrying of more than one passenger.

“If Paris accepts our proposals, it would become the city with the strictest scooter regulation in the world,” Lime public affairs director Garance Lefevre said.