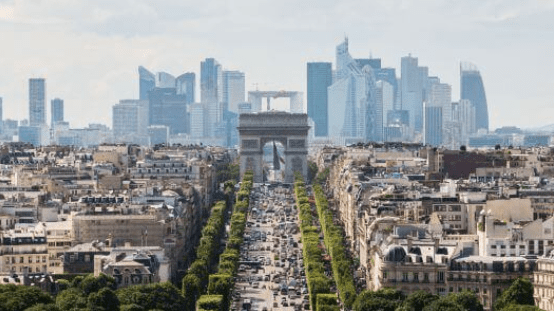 In a tale of two cities, the London Stock Exchange has been overtaken by Paris in terms of market capitalisation.

The French stock market is now worth $2.823 trillion, narrowly edging out the UK at $2.821 trillion, according to data compiled by Bloomberg. In 2016, British stocks were collectively worth $1.5 trillion more than France.

“It’s another symbolic sign of Britain’s shrinking place in the wake of Brexit,” Bloomberg said.

But while the UK has been hampered by Brexit, the French have taken the top spot on positive sentiment that has seen the value of luxury brands such as LVMH and Gucci owner Kering soar on a tide of optimism.

“The UK economy as a whole has been permanently damaged by Brexit,” Michael Saunders, a former Bank of England policy maker, told Bloomberg TV on Monday. “The need for tax rises and spending cuts wouldn’t be there if Brexit hadn’t reduced the economy’s potential output so much.”

The FTSE 100 Index has fallen 0.4 percent this year versus a 17 percent plunge for the FTSE 250, which tracks mid-cap shares. Retailers have been hammered, with companies like Ocado Group Plc and JD Sports Fashion Plc plunging more than 40 percent in 2022, Bloomberg said.

There is also currency element, as both London and Paris were measured in dollar terms for the comparison. The pound weakened more than the euro this year, a 13 percent decline against the dollar compared with 9.2 drop for the euro.

Also, in one of the great ironies of Brexit, the departure of hundreds of thousands of EU nationals after Brexit has resulted in acute labour charges in important sectors, further dragging down the UK economy and pressurising the UK government to recruit foreign workers from other parts of the world.

The Confederation of British Industry said last Thursday urgent action was required from the chancellor to bolster the economy, including “tough political choices” to allow more overseas workers in Britain as employers struggle with a desperate lack of staff, the Guardian reported.