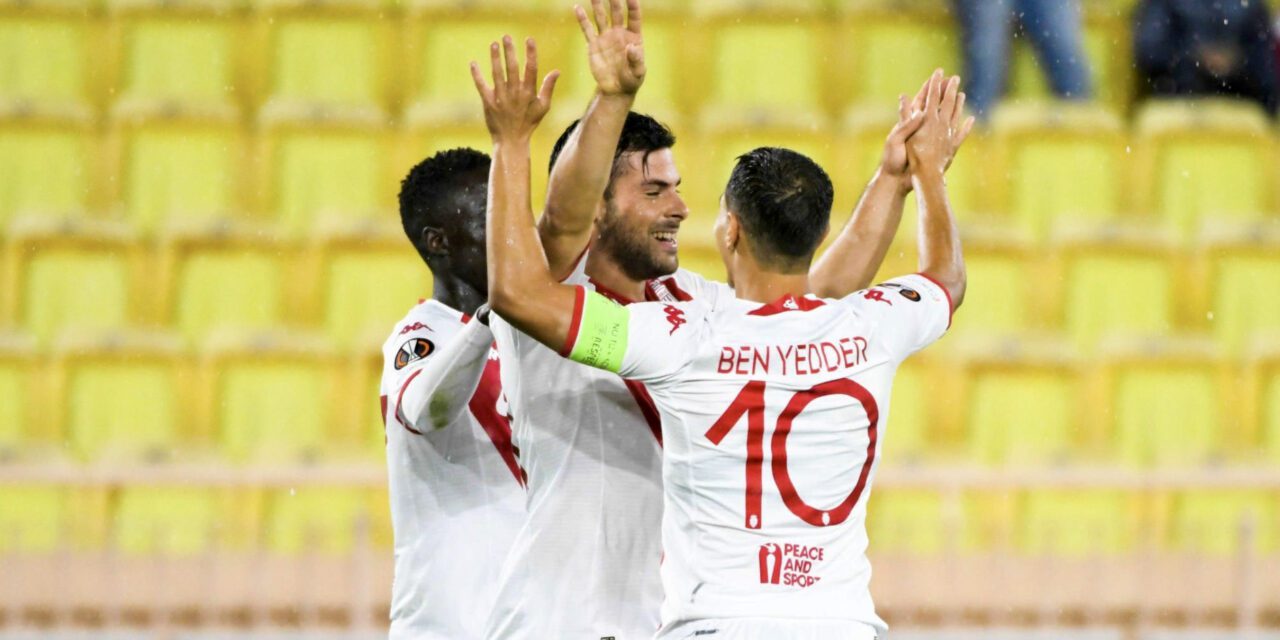 AS Monaco put on quite a show under the floodlights of the Stade Louis II, as the Monegasques beat visiting Red Star Belgrade in a dramatic 4-1 victory to finish the Europa League Group Stages in second place. The star of the encounter was none other than Kevin Volland, who bagged a hat-trick in a complete performance for his club.

The first goal of the three came very early on, at only the fourth minute in fact, as Caio Henrique found Volland in the box with a beautifully curved deep cross from the left wing. Volland managed to get his head to the ball and get it straight into the back of the net, gifting the hosts the lead very early on.

The German international came close to scoring a brace with his head but was denied by the goalie this time, at the ninth minute. Strong pressing from Monaco thereafter led to a handful of squandered counter-attacking possibilities, with the red and whites stripping the ball off their opponents and running it up the pitch, but failing to finish in front of goal.

Then, the opportunistic Wissam Ben Yedder managed to score with a tidy chip past the keeper at his near post. However, the French international was flagged offside and the score reset to 1-0 at the 14th minute. The home supporters did not have to wait too long before the next goal, though, as Volland found the back of the net with a curved low shot just behind the far post from the border of the box to make it 2-0 at the 26th minute.

The goal scoring resumed shortly after the second half could commence, and in fairly tragic fashion for the visiting Serbian side. A solo run from Aleksandr Golovin into the box saw the Russian international skill his way through the Red Star defensive line, but his shot was less impressive. However, Red Star defender Milan Rodic met the awry shot with his leg and squared it into the back of his own net in a supposed attempt to clear the ball.

Now 3-0 up thanks to a Volland brace and a Rodic own goal at only the 50th minute, it was looking like smooth sailing for Monaco in this fixture. That was until Benoit Badiashile narrowly misplaced a tackle in his own box moments later at the 53rd minute, giving the visitors a penalty that Guelor Kanga just about converted past an outstretched Alexander Nübel, who anticipated the direction well.

With the travelling fans now riled up, Red Star managed to score again to make it a tighter 3-2, but a VAR inspection after the goal was scored and celebrated revealed that the scoring player was marginally offside and the goal was therefor disallowed.

Red Star fell back to a scoreline of 3-1 as the stadium filled with EUFA Mafia chants, as if the offside decision was based on a bribe. Nevertheless the match remained the hosts’ to win, and that they did thanks to a third and final goal from a frighteningly good Volland, to make it 4-1 at the 86th minute.

Having done his job, the hat-trick hero was subsequently substituted off for Eliesse Ben Seghir, who had the perfect opportunity to make his professional debut with his academy club on the European stage.

As the final whistle blew, Monaco stood victorious by a significant 4-1 margin, and celebrated their qualification to the knockout stages of the Europa League wherein they will find some very worthy opponents to face.

For now though, attention returns to Ligue 1, as Monaco prepare to take on Toulouse away on Sunday, November 6.