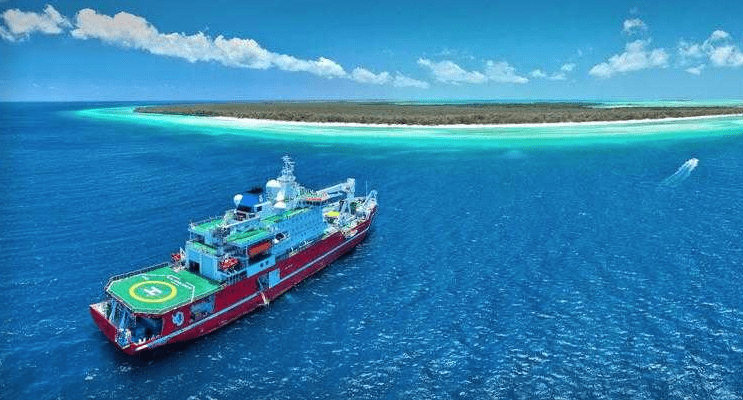 His Serene Highness Prince Albert has been on an official visit to Seychelles following an invitation from President Wavel Ramkalawan.

President Ramkalawan and the First Lady will host Prince Albert II to a Reception at State House before his departure on Wednesday evening.

The focus of the Monaco Explorations visit to the region is the Aldabra atoll, Saint-Brandon island and especially the Saya de Malha bank, where current knowledge remains only partial and insufficient.

“We are going to use this invisible island that is Saya de Malha as a land object… to convince the international community of the need to protect these high seas areas with marine protected areas (MPAs), which international law does not currently allow, said Robert Calcagno, managing director of Monaco Explorations. “We want to bring a concrete and no longer a legal perspective. One of the projects would be to see if there are characteristics allowing Saya de Malha to be listed as a UNESCO World Heritage Site.”

There are now 124 people on board the South African research vessel Agulhas II being used by Monaco Explorations, including researchers and the crew.

An underwater robot will investigate the effects of commercial fishing and coral will be harvested in a delicate operation to collect living coral colonies.

This pilot project coordinated by the Scientific Centre of Monaco and the Oceanographic Institute. “Collected coral will be kept alive and transported to Mahé in the Seychelles, then distributed to aquariums in Monaco and Océanopolis (Brest).

ORIGINAL SOURCES: State House – Office of the President of the Republic of Seychelles, Monaco Explorations