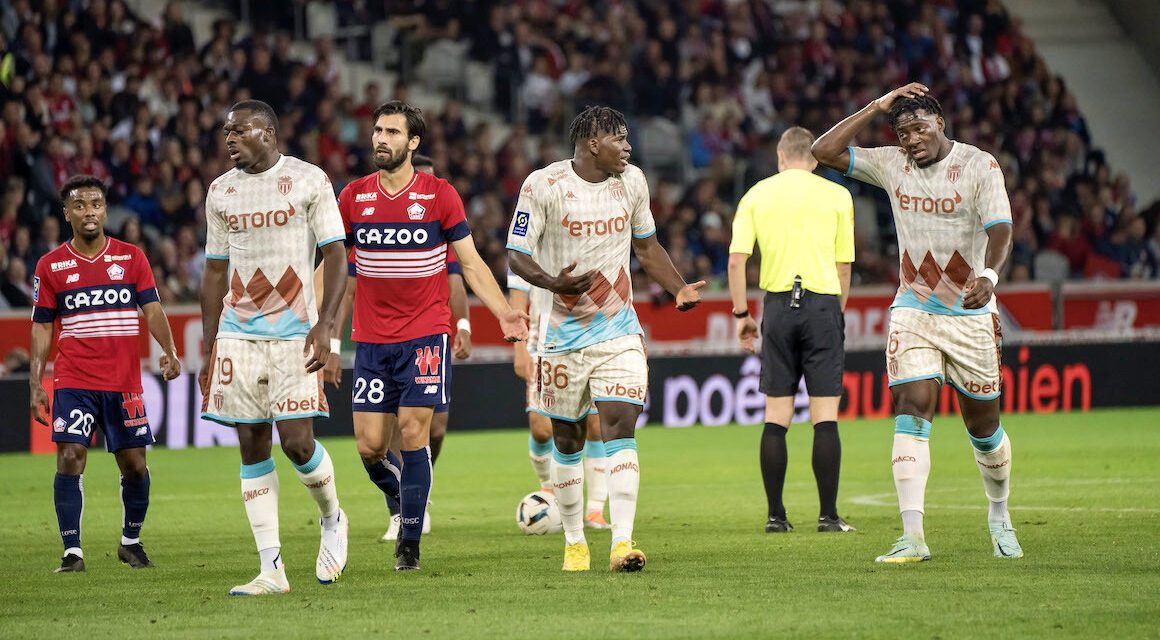 After a solid undefeated run of six matches, AS Monaco bowed out to Lille OSC away on the evening of Sunday, October 23 in a Ligue 1 fixture that was certainly not lacking in goals.

It would be Lille defender Alexandro who would open the scoring for the hosts at the 22nd minute, but Monaco’s own defender Caio Henrique levelled the scoreline with a goal of his own at 34th.

But this would be a back and forth game, as Remy Cabella put Lille ahead once more at the 39th minute, only for Monaco defender Axel Disasi to get back level the score again. This time the red and white captain Wissam Ben Yedder assisted his centre-back to find the equaliser at the 44th minute.

The skipper struck eight minutes into the second half, bringing the score to 2-3 courtesy of an assist and a goal. However, Cabella came back to bite, equalising on an assist by Canadian star Jonathan David at the 62nd minute.

Ultimately, Lille would have the last laugh, as they scored their fourth goal and the final of this eventful encounter. Jonathan Bamba struck in the 71st minute to bring the score to 4-3.

With their first loss in seven matches, Monaco swap places with Lille in the Ligue 1 table, from sixth to seventh place.

Monaco will face off against Ferencvaros away in the Europa League on Thursday, October 27, before facing Angers at home on Sunday, October 30.