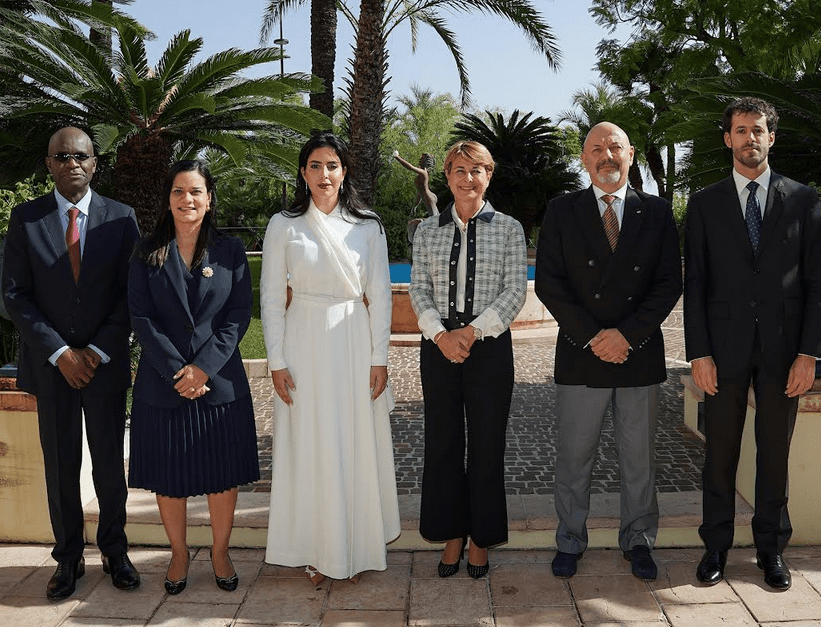 Mme Isabelle Berro-Amadeï, Minister for External Relations and Cooperation, received the diplomats during a lunch at the Hôtel Hermitage.

Holder of a bachelor’s degree in geography and a master’s degree in economic development and planning of the United Nations Institute for Economic Development (IDEP) in Dakar, HE Mr Kayode Ibrahim Laro has spent his career in the Ministry of Foreign Affairs.

HE Ms. Issamary Sanchez Ortega holds a doctorate in civil law from the University of Panama and has been an independent lawyer and consultant for nearly 20 years. In 2019, she was appointed Director of the Financial Analysis Unit and Advisor to the Competitiveness Unit at the Presidency of the Republic of Panama before following a diplomatic career.

Holder of a master’s degree in finance from the Università Commerciale L. Bocconi in Milan, HE Mr Giovanni Luca Ghiotti worked for several years in finance, in London, then Zurich before being appointed a member of the Board of Governors of the Central Bank of San Marino. In 2016, he joined the Ministry of Finance and Budget of San Marino as First Secretary and since 2021 he has been an Advisor to the Ministry of Foreign Affairs of San Marino.

A career civil servant, HE Mrs Hend Manea Saeed Al Otaiba was director of communications of Abu Dhabi Media and also head of public relations for the cultural programs of the Abu Dhabi Tourism and Culture Authority. Having joined the Ministry of Foreign Affairs and International Cooperation in 2017, she created and directed the first Department of Strategic Communication that promotes the country’s foreign policy through international media and diplomatic missions of the United Arab Emirates.