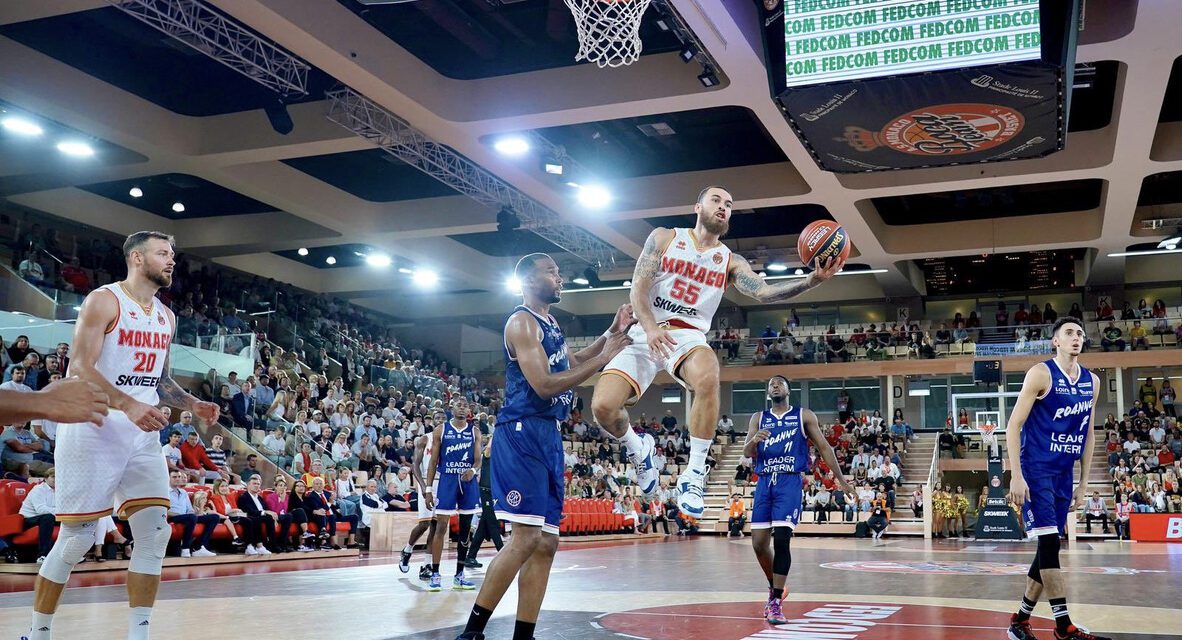 For the first match of the domestic season in the recently renovated Gaston-Médecin arena and with HSH Prince Albert in attendance, the Roca Team dominated and beat Roanne 109-85 on the evening of Sunday, October 2.

Monaco managed to keep Roanne at bay for the vast majority of the game, with the visitors only overtaking their hosts in points briefly during the second quarter.

By the break, Monaco were ten points ahead thanks to fluid teamwork and a couple of satisfying three-pointers. Prince Albert arrived during the halftime break to the delight of the home supporters, whom he is warmly considered as being one of. This seemed to spur the Roca Team on as they accelerated even further away from their opponents as the third quarter began.

At the end of the game Monaco claimed a comfortable victory, making it three out of three wins on the trot before they start the new Euroleague campaign on against Italian side Virtus on Friday, October 7.

Speaking after the game, Monaco head coach Sasa Obradovic said “It was a great atmosphere in this new hall for the first of the season. I think the public appreciated what we showed, with great team play. There are a lot of positives, and the guys showed character.”