Superyacht linked to sanctioned Russian on sale for 29.5 million euros 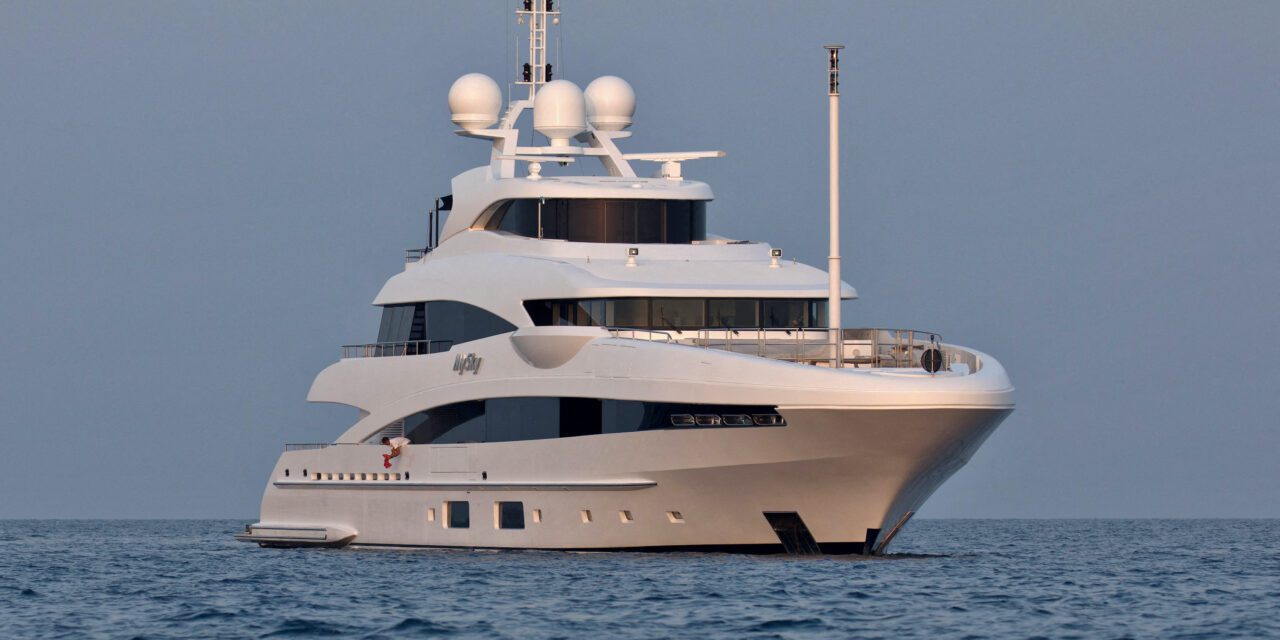 (Reuters) – A U.S.-based luxury yacht broker is advertising for sale a 168-foot (51-metre) superyacht linked to sanctioned Russian billionaire Igor Kesaev for 29.5 million euros (roughly $29 million), according to an email seen by Reuters.

The proposed sale of the MySky yacht, which was disclosed in an advertisement emailed from the brokerage firm to undisclosed recipients on Sept. 14, comes amid concerns from Western governments and campaigners that billionaires like Kesaev have been able to work around a patchwork of international sanctions targeting their luxury assets such as yachts.

The EU and UK sanctioned Kesaev in April in the wake of Russia’s invasion of Ukraine, with the EU citing his involvement in military weapons production and tobacco distribution in Russia, as well as links to the Russian government “and its security forces.” The United States has not sanctioned Kesaev, and the U.S. Treasury did not respond to requests for comment.

Sara Gioanola, a spokesperson for Heesen Yachts, the Netherlands-based firm that built MySky, confirmed that Kesaev commissioned it and another yacht, called Sky.

Reuters was unable to independently confirm that Kesaev still has direct ownership in the MySky.

An article about Kesaev’s daughter and her art gallery in the spring 2021 edition of Heesen’s magazine noted that “the Kesaev family is well known to Heesen, having commissioned Sky and MySky over the past decade.”

A spokesman for Kesaev declined to address questions about the ownership of the yacht or its imminent sale.

The advertisement seen by Reuters was sent from an email address at Fort Lauderdale, Florida firm Merle Wood & Associates, which calls itself “one of the premier yacht brokerage firms worldwide.” It was circulated privately with a warning not to post the advertisement publicly. Reuters was unable to determine the recipients.

The yacht named MySky features “ultra-modern sophisticated interiors” by a well-known Dutch architect, an “indoor climate controlled gymnasium” and a deck that can be used for landing helicopters, according to the advertisement.

Merle A. Wood, who is listed as the point of contact on the MySky advertisement, told Reuters by phone he knows nothing about the yacht’s owner and directed Reuters to a different broker, Burgess, which he described as the primary broker in the proposed sale. Wood referred all questions to Burgess, which has offices in London, Monaco and other major markets.

A Burgess company spokesperson, Nicci Perides, said in a WhatsApp message that she “can’t answer questions about the yacht” and referred questions to Wood, who did not respond to additional requests for comment.

Clara Portela, a sanctions expert at the University of Valencia, said that because there are no U.S. sanctions on Kesaev, American businesses or buyers could be involved in the yacht sale without running afoul of sanctions.

A check by Reuters of the Burgess website on Wednesday found the MySky listed as available for charter bookings. As of Thursday, Burgess had removed the MySky charter listing after Reuters inquired about it.

The Merle Wood ad said that the yacht was in the Maldives. Reuters photographed the vessel in waters off the Indian Ocean island republic in early March, in the days after Russia invaded Ukraine on Feb. 24.

A spokesperson for the European Commission, which handles EU sanctions, said European leaders are encouraging other countries to align their policies with the EU, but said sanctions apply only within the EU’s jurisdiction.

A spokesperson for the UK’s Treasury said it does not comment on individual cases but “takes enforcement action in every reported case of suspected financial sanctions breach.”

Yacht Charter Fleet is currently advertising the yacht at 259,000 euros a week: (https://www.yachtcharterfleet.com/luxury-charter-yacht-46566/mysky.htm)

“It’s very easy to try to avoid sanctions in this way,” he said.