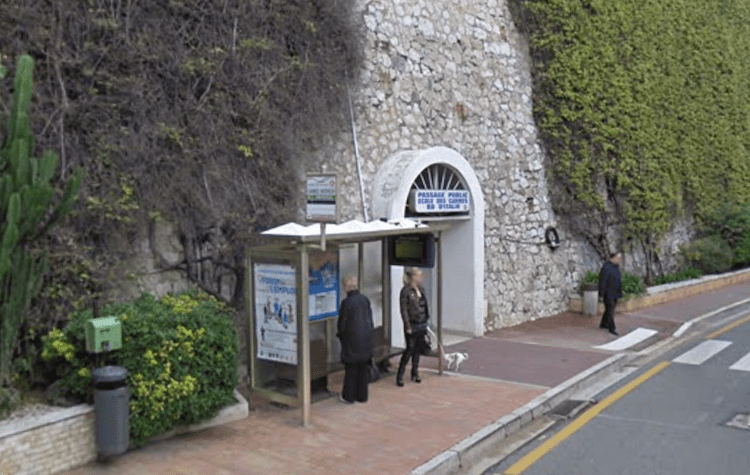 About once a week I find myself outside the Meridien on one fool’s errand or another. Since I don’t drive in Monaco, because I don’t need to and also since I sold the yellow Lambo, I take the bus.

This requires the use of the bus stop, which at this point in the circuit is called Sea Club. If it’s in the middle of the day in the summer I hide in the nearby tunnel, popping my head out like a demented squirrel to see if there’s any movement on the part of the parked-up drivers of the number fives and sixes.

Now it’s cooler I join my fellow travellers in the shelter and watch the never-ending instructions above my head on how to validate my ticket. I remember when there were bus times on the same screen.

Fifty percent of the time there’s someone standing there with huge luggage and a very worried expression.

“Are you going to the airport,” I ask, in English.

Invariably they answer me in English, and the affirmative.

“Ah, well there is a problem because at the moment the Airport Express doesn’t stop here.”

They look at me in horror. Sometimes they say they were told at the hotel that this is the right bus stop for the airport.

I then face the challenge of asserting my own authority over that of the concierge, who, if it comes to it, probably doesn’t know the day of the week, or at least not in English.

So I point to the sign that says very clearly Arret Non Desservi. Only in French and despite the fact that the only people who don’t speak English nowadays are the French. On principle.

Some distraught passengers accept my word for it, but earlier this week the idiot argued with me. He saw the word mardi and assumed that was March and the bus company had left the notice stuck there for six months. I think he was Russian but I continued to help.

Until September 27, the notice said, all in French, although not too hard to figure out.

The number 6 started rolling towards us and I told them to get on and trust me.

As they got off at the Monte-Carlo stop they asked me if they would catch the 110. Their total dependence was rather touching.