‘No time to waste on Brexit’: EU uneasy about Truss as UK leader 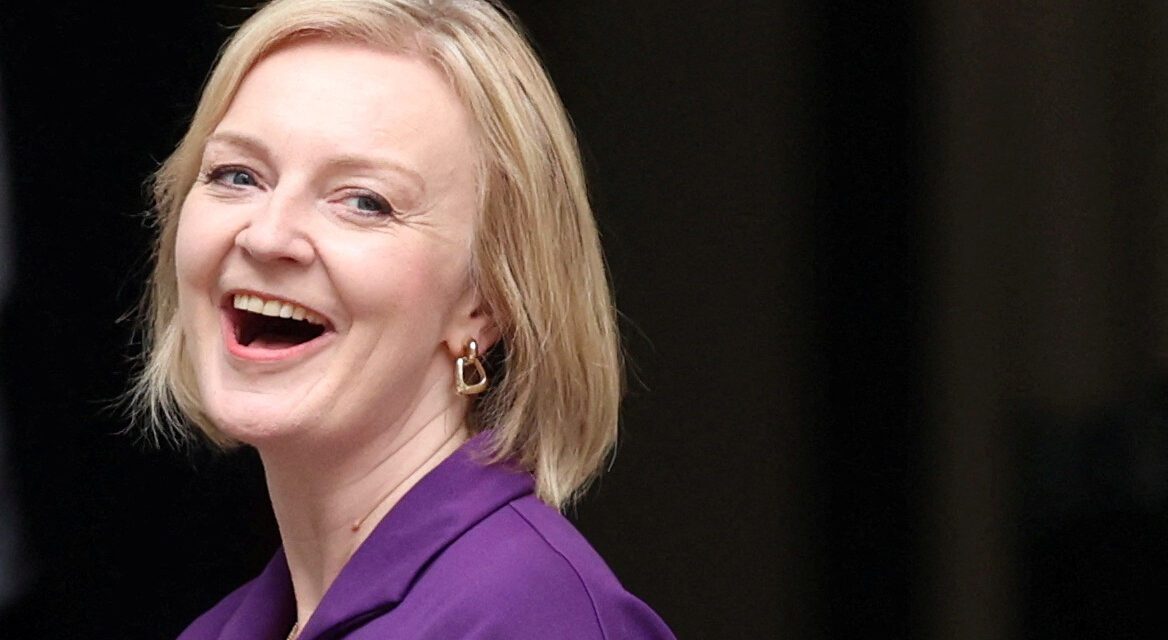 PARIS/LONDON/BERLIN (Reuters) – Europe is anticipating the prospect of Liz Truss as Britain’s next prime minister with a mixture of irritation and unease: diplomats say that with the war in Ukraine and rampant inflation, the last thing they need is another Brexit battle.

On Monday declared the winner of the Conservative party contest to succeed Boris Johnson, Truss has few admirers across the 27-nation European Union to start with.

As foreign minister, she championed legislation that would unilaterally tear up part of Britain’s divorce deal with the EU and has promised, as prime minister, to get it passed – a move that would put London on a collision course with Brussels. [L4N3082Y2]

Her rhetoric during the leadership campaign, while aimed at members of her party who enjoy some bad-mouthing of France and the EU in general, will have done little to help.

Asked last month whether French President Emmanuel Macron was a “friend or foe” of Britain, she replied: “The jury’s out”.

“In the current context, it’s baffling she thinks she can afford to make remarks like this,” one Brussels-based diplomat said. “We’re focused 200% on the war in Ukraine, widespread inflation. We have no time to waste on this.”

Truss campaign officials said the comments were a “joke” and unlikely to have a lasting impact on Franco-British relations.

Still, a French government source said the comments underlined the lack of trust between Paris and London, which has been stoked by accusations that Macron has not done enough to stem the flow of migrants crossing by boat to English shores.

BRACING FOR A ROUGH RIDE

In Germany, members of the ruling coalition have not been impressed by Truss and bemoan what they see as EU-bashing to distract from mounting British domestic issues.

“One must also give the new prime minister a chance,” said Nils Schmid, foreign policy spokesperson for the ruling Social Democrat party. “But anyone who believed that things could not get any worse after Johnson is being proved wrong. Many of Mrs. Truss’ statements are unfortunate or wrong.”

EU diplomats say that although Truss was originally opposed to Britain’s exit from the bloc ahead of the 2016 Brexit referendum, she wholeheartedly backed it as a member of Johnson’s cabinet, and so is unlikely to bring a more conciliatory approach to thorny post-Brexit issues.

Britain left the bloc on Jan. 31, 2020, but has been mired since then in a dispute over the rules it had agreed to on trading arrangements for the province of Northern Ireland.

Under the Brexit deal’s Northern Ireland Protocol, the province remained in the EU single market for goods and customs union, preserving its open border with EU member Ireland.

Britain says that arrangement, which effectively puts a customs border in the Irish Sea, is unworkable and the bill now going through parliament would tear it apart.

The EU has already launched legal proceedings for breaches of what it maintains is a binding treaty.

However, Truss appears determined to press on with the bill and – according to some reports – could trigger a so-called “Article 16” emergency provision to take unilateral action on Northern Ireland within days of taking office next week.

That would ramp up tensions with the EU’s executive, the European Commission, and could ultimately lead to a trade war, with the EU imposing tariffs on British goods.

“The Commission will be on the frontline and would have a very firm response,” the Brussels-based diplomat said. “Europeans are all on the same firm line.”

A Truss campaign team member said she was hoping that a change of government would bring a reset with Europe, but while she would prefer a negotiated settlement of the Northern Ireland impasse, taking the “Article 16” route was an option.

“This will not be the default option, but we won’t shy away from taking difficult decisions,” the official said.

One veteran Brussels ambassador said Europeans were bracing for a rough ride: “It’s going to be rock and roll,” he said.

Liz Truss arrives at the Conservative Party headquarters, after being announced as Britain’s next Prime Minister, in London, Britain September 5, 2022. REUTERS/Phil Noble