Monte-Carlo Diary: Getting away from Monaco 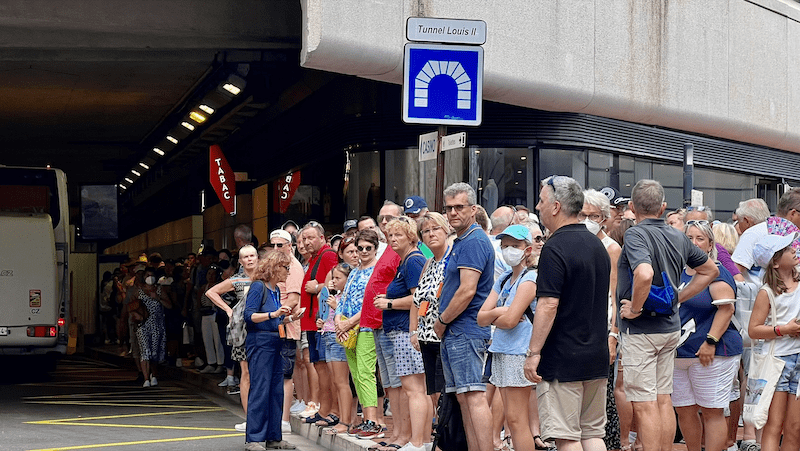 Everyone whose life is centred on Monaco appreciates the need to get away on a regular basis, if only to come back again very soon.

As I like to say too often, you can’t come back if you never leave.

So, it was with these positive motives in mind that Mrs Daniels and I set out two weeks ago for a holiday in Hungary.

Why Hungary, you may ask. Or not. Let’s not forget that it was because tens of thousands of East Germans refused to leave Lake Balaton in 1989 that the Berlin Wall fell and the political landscape of Europe changed for ever. Or for at least 33 years.

However, the beautiful lake was not our destination. We set our hearts on Székesfehérvár, the ninth-largest town in Hungary with almost nothing to offer and no tourists.

Here, we stayed in the Magyar Kirali Hotel, choosing it because it’s right in the centre.

We hadn’t expected this large building to be so interesting. Unreconstructed since the 1950s, it was a look back at Hungary’s Communist past, and frighteningly a glimpse of its possible future. The mandatory five clocks showing international times at reception appeared in interesting order: Beijing, Moscow, New York and London. Székesfehérvár, of course, took pride of place in the centre, reflecting its place in the universe.

Getting the time right in Hungary

What did we do in Székesfehérvár?

Nothing. Although we did make forays into the town to buy beer, wine, and peanuts. The hotel food was surprisingly good, especially if you have a fondness for goulash. There were no tourists because there’s nothing to gawp at.

When we planned our trip we considered going south from Hungary, through lovely Croatia, interesting Montenegro, and mysterious Albania before heading home.

However, a quick look at the Daily Mail online convinced us not to bother. There’s no-one left in Albania except very old people.

Apparently, 60 percent of migrants crossing the English Channel in rubber boats so far this year are Albanian. The vast majority of these illegal thousands are young men. Some of them have beards. There is no war in Albania, and no famine. Yet they are adding themselves to the UK population and being aided and abetted by the Royal National Lifeboat Institution and the so-called Border Force.

Where are they heading, you may ask? Will they fan out across rural England to pick fruit and veggies the locals can’t be bothered to bend down for?

Meanwhile, while I ponder that question hundreds of miles away, from the peace and quiet of central Hungary, a little research comes up with the interesting answer: the best-organised and most vicious elements of the London drug business are… Albanians.

On the way home we passed through Verona. Needless to say we didn’t join the suffocating throngs of tourists lining up and shuffling their way forward to inspect a balcony that enterprising locals claim is THE one from which Juliet was wooed.

Jeff has returned from his Hungarian holiday and is back on active duty at NEWS.MC. In the meantime, any views expressed in this column do not necessarily represent those of the publishers. Monte-Carlo Diary is published in the interests of editorial diversity.

TOP PHOTO: Tourists in Monaco block the pavement as they wait for their coach to pick them up outside the Yacht Club. Jack Brodie