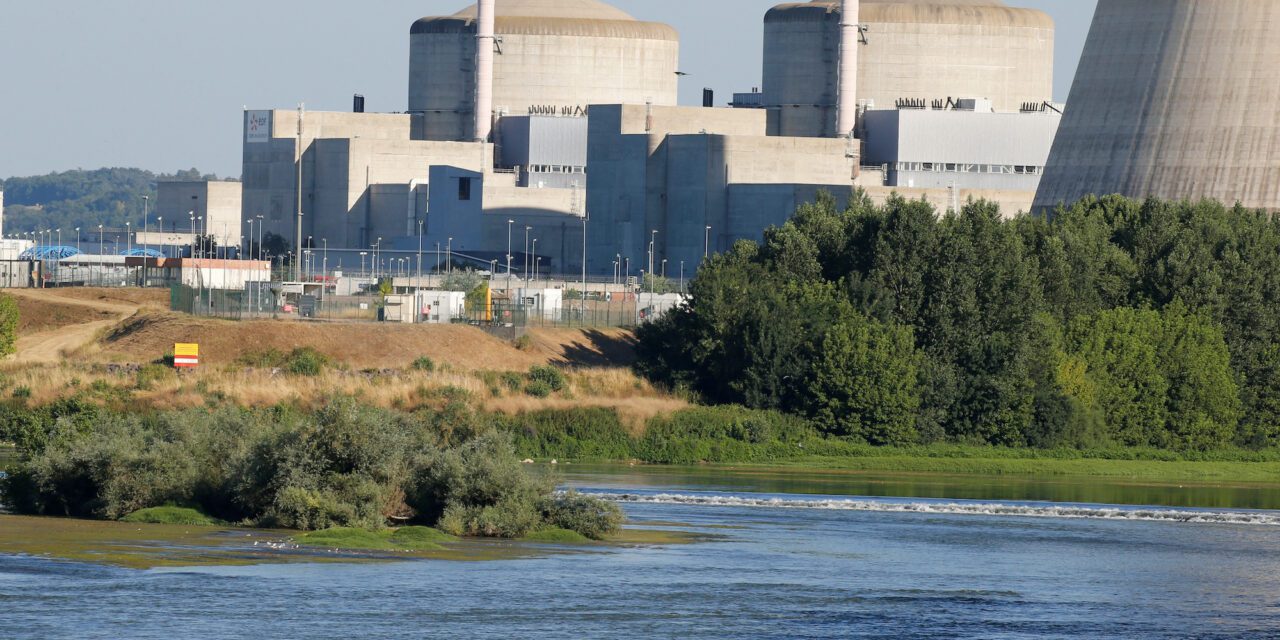 PARIS (Reuters) -France’s nuclear power regulator has extended temporary waivers allowing five power stations to continue discharging hot water into rivers as the country contends with a fourth heatwave of the summer and an energy crisis.

High river temperatures have in recent weeks threatened to reduce France’s already low nuclear output at a time when nearly half its reactors are offline because of corrosion problems and maintenance.

The ASN watchdog said on Monday it had approved a government request for the waivers introduced in mid July to be prolonged at the Bugey, Saint Alban, Tricastin, Blayais and Golfech power plants.

“The government considers that it is a public necessity to… maintain the production of these five power stations until Sept. 11 despite the exceptional weather conditions,” ASN said in a statement.

Air temperatures are expected to climb into the mid to high 30s Celsius this week across much of France, further warming rivers that nuclear operator EDF uses to cool reactors.

French nuclear availability has been at its lowest in at least four years this summer, forcing France to import power when usually it would be exporting to neighbouring countries.

On some of the hottest days, France has bought 8 to 10 gigawatts, equivalent to the output from about 8 nuclear reactors.

EDF late on Sunday said it was lifting output restriction warnings at the Saint Alban and Bugey nuclear plants on the Rhone river. River temperatures at both are expected to peak on Aug. 14.

FILE PHOTO: View of the Golfech nuclear plant on the edge of the Garonne river between Agen and Toulouse, France, July 19, 2019. REUTERS/Regis Duvignau/File Photo